America and Australia Are Training for All-Out Pacific Warfare 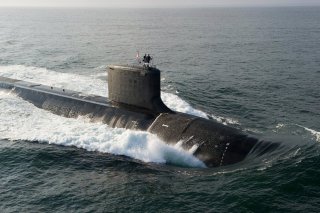 Australia is quickly becoming one of the United States’ most important allies in the Indo-Pacific region, and the two countries are deepening their defense relationship in a manner not seen since World War II. A recent visit to Australia by some of the Marine Corps’ top brass highlights the relationship.

A statement from the United States Marine Corps (USMC) explains that Lieutenant General Stephen Sklenka, deputy commander of U.S. Indo-Pacific Command, and Brigadier General Joseph Clearfield, deputy commander of Marine Corps Forces Pacific, visited the Marine Rotational Force-Darwin, a USMC contingent rotationally based in Australia, as well as the Australian 1st Brigade “to reinforce the strength and importance of the U.S.-Australian alliance.”

“We can talk all day long about trade deals and policy deals, but what says a heck of a lot more is who is by your side when you are in a fight,” said General Sklenka, who serves as second-in-command of the largest U.S. combatant command, the Marine Corps statement explained. “Australia is always on our side when that time comes, and we will always remember that.”

The Marine Corps’ Australian counterparts wholeheartedly agreed. “Colonel Steele and his Marines have been tremendous guests and even better teammates since arriving here in Darwin,” Brigadier Nick Foxall, ADF’s 1st Brigade’s commanding officer, said. “MRF-D is really woven into the fabric of the Northern Territory and we couldn’t ask for better partners and friends.”

In what is one of the most profound signs of just how deep the Australian-American partnership has run, however, is the recent sharing of American nuclear submarine propulsion technology with Canberra as part of the trilateral AUKUS agreement between the United Kingdom, the United States, and Australia.

Long considered the crown jewels of American and British nuclear deterrence, nuclear propulsion technology—in fact, the world’s most advanced of its kind—will afford Australia a powerful new capability, and one that the country heretofore lacked.

Australian nuclear-powered submarines, built to American and British Naval standards, will be able to ply the waters of the South Pacific, potentially opening another front Beijing would have to address and therefore complicating Chinese wartime planning.

Nuclear propulsion aside, the United States is also partnering with Australia in the air. 20 percent of the United States B-2 Spirit fleet recently deployed to Australia for military aviation exercises designed to promote interoperability between the two country’s air forces.

“Colonel Steele and his Marines have been tremendous guests and even better teammates since arriving here in Darwin,” said Australian Brigadier Foxall in the Marine Corps statement.

“MRF-D is really woven into the fabric of the Northern Territory and we couldn’t ask for better partners and friends.”