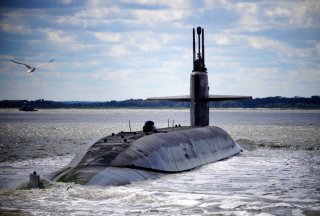 In December 2021, President Biden submitted a document to Congress that would quickly become controversial. Titled “Agreement among Australia, the United Kingdom, and the United States for the Exchange of Naval Nuclear Propulsion Information,” the agreement outlined a new initiative for sharing nuclear propulsion technology with Australia.

The only other country the United States has shared its nuclear propulsion technology with is the United Kingdom, which received U.S. assistance as part of the 1958 Mutual Defense Agreement.

The first part of the AUKUS initiative is an eighteen-month study period designed “to seek an optimal pathway to deliver” nuclear propulsion technology to Australia. The study is reportedly in its very early stages, and the details are still being worked out.

Australia does not possess nuclear warheads or even consume electricity generated from radioactive material. While it does operate a single nuclear reactor, that reactor is strictly for non-military research purposes. However, Australia is also one of the world’s top uranium exporters.

“Australia sells around 36 percent of its $1 billion in uranium exports to the United States. The United States is also a major processor of Australian uranium sold to other countries,” the Congressional Research Service noted.

Australia does not currently possess any nuclear power plants, but it operates one research reactor. This agreement “specifically prohibits the transfer of restricted data,” as well as “sensitive nuclear technology, sensitive nuclear facilities, and major critical components.”

Even with extensive support from the United States and the United Kingdom, it will take Australia years to build an advanced nuclear-powered submarine from scratch. One workaround that has been suggested would be to have Australian submarine crews train on older American or British submarines that are slated to be decommissioned.