America's Nukes Will Never Be Safe In Turkey 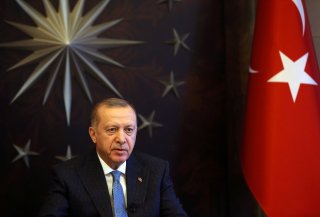 Key point: The loss of Incirlik would be a major blow to the U.S. capacity to project power in the Middle-East.

With the future of Turkey’s geopolitical orientation hanging in the balance, the Trump administration continues to tread lightly as Washington assesses the likelihood and military consequences of losing Incirlik. The White House moved to block the Senate resolution labeling the massacres of Ottoman Armenians a genocide yesterday, calling it "one of the worst mass atrocities of the 20th century" instead. Although the specter of CAATSA continues to loom over Turkey, Washington has dragged its heels on the concern that sanctions would needlessly antagonize Ankara without yielding any Turkish concessions in return.