America's Sixth-Generation Stealth Fighter: What We Know So Far 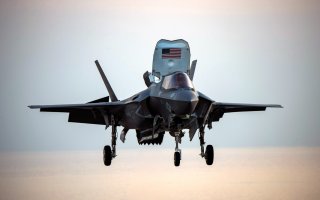 The highly secretive, mysterious yet already airborne Air Force sixth-generation stealth fighter jet captures a lot of attention, something quite remarkable for a platform about which very little or nothing is known.

The simple fact that it exists, arriving almost ten years earlier than expected, and has already taken to the skies, is certainly more than sufficient to generate massive global interest in the program. Might it redefine paradigms for air-attack?

Given all this, a person might be curious as to where the Next Generation Air Dominance sixth-generation fighter program stands in the mix of Air Force 2022 budget priorities? What kind of budget is it getting?

Gumbleton’s response seems understandable and seems to make sense given the importance of security to a program like this, yet he and many senior Pentagon leaders do, in a general way, emphasize that the NGAD program is a huge priority. No surprise there, in fact senior U.S. military leaders regularly make the point that other programs are being reduced, cut or pushed aside, in part to make space for some kind of sixth-generation budget.

Making funds available for sixth-generation aircraft was a particular part of the rationale for the Air Force’s 2022 decision to divest large numbers of older, pre Block F-16 jets, Maj. Gen. James Peccia, Air Force Deputy Assistant Secretary for Budget, told reporters according to a Pentagon transcript. While many of these aircraft might likely be divested regardless of an emerging NGAD program, Peccia did specify that the dollars saved can be “reapplied” to programs “such as NGAD.”

“We have well over 900 F-16s, Peccia said. “The F-16s that we're talking about here are pre-Block F-16s. These are not aircraft that we'll be able to modernize and be able to use in a heavily contested environment in the 23–30 time frame so that's why we're divesting these upfront. And it’s really to put a little bit of risk in the fighter force where we can then reapply those dollars for modernized programs such as NGAD that will really be applicable in the 2030s and 2040s time frame”

A promising program such as the sixth-generation aircraft, now generating much enthusiasm, certainly invites a lot of speculation and conjecture. On the Navy side, for instance, the service is also retiring large numbers of old F/A-18 jets, perhaps to help contribute dollars to their service’s participation in a sixth-generation program.