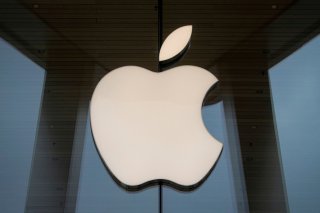 We don’t know when the Major League Baseball (MLB) lockout will end and the 2022 season will begin, but we do know that one of its broadcast partners will be Apple.

At its Peek Performance event on Tuesday, Apple announced that it reached a deal with the MLB to establish “Friday Night Baseball,” a weekly doubleheader of games that will air on Apple TV+. The deal is Apple’s first sports rights licensing agreement.

According to an accompanying report by Sports Business Journal, the games will be produced by the MLB and exclusively broadcast by Apple. The games will not be shown on the regional sports networks that hold the rights for the individual teams, meaning that fans of those teams will need to subscribe to Apple TV+ to watch their teams when they are featured on Friday night.

The financial terms of the deal were not disclosed, but it is known to be a multi-year deal. It’s also unclear how the arrival of a new revenue stream will affect the ongoing labor negotiations.

Sports Business Journal also reported that the MLB is negotiating with Peacock on another package of games. Apple previously offered the MLB’s “At Bat” app.

The Apple/MLB deal also includes “MLB Big Inning,” described as “a live show featuring highlights and look-ins airing every weeknight during the regular season,” which is similar to what’s currently offered by MLB Network.

“Just like all baseball fans, we can’t wait for the season to open,” Peter Stern, Apple’s vice president of Services, said in Apple’s announcement. “Baseball has a special place in the heart of so many Apple customers — not just in the United States, but in many countries around the world. We’re proud to make Apple TV+ the home for great baseball moments throughout the season.”

Apple is also reportedly bidding for another high-profile sports package: NFL Sunday Ticket. The rights to that package, which DirecTV has held since 1994, are open for bid after the 2022 season. The NFL is known to want a streaming partner for the package rather than the satellite broadcaster. According to various reports over the last year, the favorites include both longtime NFL media partners like Comcast/NBC and Disney/ESPN, as well as tech giants like Apple and Amazon.

Front Office Sports reported this week that Apple is bidding for a stake in the NFL’s media properties to live stream games on mobile devices. “Apple is thinking very big. They want to roll them all up into one big NFL package,” a source told Front Office Sports.