Are China and America Doomed to Relive the Horrors of World War I? 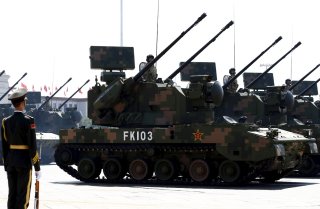 The relationship between China and the United States will determine the stability of the world in the ensuing century. The security and prosperity wrought by cooperative Sino-American relations are being supplanted by confrontation over the very nature of international order. A prolonged Sino-American rivalry risks a catastrophe comparable to World War I. History is not destined to repeat, but the trend is alarming. The United States must be conscious of this history as it prepares for another Cold War.

The 1815 Vienna system’s innovation was to base international order on a balance of power buttressed by an agreed legitimacy, bringing peace to a continent ravaged by two decades of war. The design’s genius rested in its flexibility which allowed differences to be settled by adjustment. Conflicts were of a limited scope and duration. The unification of Germany removed the elasticity from this design. Originally capable of incorporating any number and combination of states, the European system was now only composed of five Great Powers. German chancellor Otto von Bismarck’s web of partially overlapping, partially conflicting alliances managed to keep the peace, but because Bismarck lacked a vision for Germany’s place in Europe, every move was a tour de force.

Bismarck’s successors, possessing neither his pragmatism nor his restraint, executed a policy of intimidating others into Germany’s sphere of influence. This policy in fact produced an alliance among Germany’s rivals. The overriding concern of these powers was no longer each other but the German threat. The turn of the twentieth century saw diplomacy turn entirely rigid through a series of crises from North Africa to the Balkans. Each resolution made leaders complacent, as they became more assured of the safety of the game they played.

At first, the Great Powers exercised restraint over their junior partners to prevent a major crisis. But over time they became aware that in a world of two rigid alliance systems, where no adjustment is possible, any change in allegiance would prove decisive. The Great Powers thus grew more fearful of losing their allies than they did of going to war, reversing the logic of coalitions. The only way to adjust the balance of power was henceforth to multiply arms and increase the odds of victory in war.

Military planning amplified the peril. General staffs became obsessed with mobilization schedules, constructing war plans that were out of proportion to any conceivable objective and out of step with the pace of traditional diplomacy. Diplomatic engagements between allies no longer concerned defining the casus belli, a just cause for war, but ensuring simultaneous mobilization, fusing what Henry Kissinger called “a political doomsday machine” with its military equivalent.

When a minor crisis occurred in June 1914—the assassination of the Austrian crown prince—the leaders of the Great Powers were simultaneously unwilling to impose restraint among their allies, yet supremely confident that they would be able to resolve this crisis as easily as any previous problem. The combination of factors produced a war from which Europe never fully recovered. A similar pattern is taking shape in contemporary Asia. An institutionalized Sino-American rivalry will have an impact comparable to the unification of Germany and the events that followed, as disputes between the United States and China assume an ideological dimension. As rigid blocs cohere, any shift in allegiance will become decisive, while every regional dispute will become filtered through the prism of Sino-American rivalry.

A curious aspect of this trend is that, under normal conditions, there is no reason the experience of World War I should apply to Asia. Europe at the turn of the twentieth century was a crowded landscape in which two rigid alliances confronted one another with no room for either expansion or adjustment. Asia, by contrast, is a seascape. The principal landforms are archipelagos, islands, and peninsulas. The deployment of warships is less threatening to territory and populations than that of land armies, and crises tend to move more slowly, allowing diplomacy to operate according to its traditional pace. Dangers are viewed as prospective rather than imminent; disputes are matters of prestige instead of survival. The insular geography of Asia is a safety net for expressions of national exaltation.

Yet there are parallels. Like Europe in the nineteenth century, the theme of contemporary Asia is nationalism. Asia relies on a balance of power with few components and no shared values, and thus has a tendency to turn rigid. Asian nations invoke the centrality of national prestige in areas where interests collide and are multiplying the means to vindicate them by force. World War I occurred as it did in part because military planning had lost touch with policy. Asia confronts similar dangers. Just as the advent of mobilization schedules provided by rail systems fueled the vast war plans of European general staffs, modern weapons with their emphasis on speed rob diplomats of time and alter the balance between offensive and defensive war, producing an incentive for preemption.

The most novel character of Asia’s political order is the Janus-like quality of the United States. Whereas America protects the balance of power globally—analogous to Britain’s role in the European equilibrium—in Asia, America is a component of the balance, an extraordinary reality given the fact that its center of gravity resides across a vast ocean. America’s position in the region is thus similar to Bismarck’s Germany. Germany’s alliance with Austria and its Reinsurance Treaty with Russia—who were deadly rivals—induced restraint on both sides, making ambiguity an element of stability. In similar fashion, the United States maintains an alliance with Japan while historically proclaiming a “partnership” with China. This arrangement is in the process of being replaced by open and internationalized tensions between China and the United States.

At the most basic level, the United States, like Britain, is a maritime power with considerable interests on the continent. China represents a recently consolidated land power constructing a great navy, roughly analogous to Germany. Such a development cannot help but awaken similar anxieties in American minds to those in Britain a century before, whatever intentions the Chinese might proclaim. Much like Germany after its unification, China has been stronger than any of its neighbors individually but would inevitably be threatened by an alliance. German leaders in 1890 inherited the experience of a weak central Europe whose fissures tempted expansion; Chinese leaders are the culmination of a history imparting fear of encirclement and a desire to redress the era of colonial domination.

In neither case would it be inevitable that their security be approached as a purely military problem, or that they should seek safety in truculence. China in this century shares Imperial Germany’s insensitivity to foreign psyches, as much the product of its own insular history as Germany’s inexperience in international life as a singular entity. The question that will determine stability is whether Germany’s rise provoked an almost mechanical reaction which human insight was helpless to avoid, or whether it was German shortsightedness that produced an alliance whose impetus was collective fear.

In 1907, Sir Eyre Crowe, a senior member of the British Foreign Office, produced an analysis of Europe’s political structure in light of Germany’s rise. He concluded that accommodation with Germany was impossible and that entente with France was Britain’s only realistic option. Intentions were irrelevant in Crowe’s estimation; capabilities were what counted. Whether Germany sought world domination or merely to “spread the benefits of German culture” was irrelevant, as the two impulses would inevitably merge. Germany’s naval build-up and Weltpolitik, according to Crowe, were “incompatible with Britain’s survival,” whatever its motives; the process of rivalry as described by Graham Allison, thus developed an automaticity.

Germany’s refusal to renew the Reinsurance Treaty invited the alliance between France and Russia. Britain’s entrance into the Triple Entente completed the replacement of the balance of power with a rigid alliance structure. Upon its expulsion from Germany, Austria sharpened its focus on the Balkans. Here it ran up against both its own internal vulnerabilities and conflicting Russian designs. In this context, Southeast Asia becomes analogous to the Balkans. With Northeast Asia’s alignment essentially static—with the notable exception of South Korea—Southeast Asia becomes a battleground for political influence, the outcome of which determines the balance of power in Asia, which carries global implications. Caught between two rigid blocs, the remaining unaligned Asian states will be pressured to choose a side, radicalizing the entire region. Or, as the junior European powers did, they may use their now decisive position in the cohering blocs to gain support for their parochial claims, multiplying crises. A cold war incentivizes irresponsibility among the unaligned.

At the time of the Crowe Memorandum, disputes between Germany and Britain were confined to colonial conflicts in Africa and matters of diplomatic protocol. Crowe was not concerned with what either side had done up to that point; what each side might do was considered to be inevitable. If a similar mentality takes hold in either the United States or China—as already appears to be the case—China’s rise will be treated as incompatible with American security, just as the Chinese side will conceive its eminence as being constrained by American efforts, what Christopher Layne calls “Dodge City Syndrome.”