Are Greece and Turkey on a Path To War? 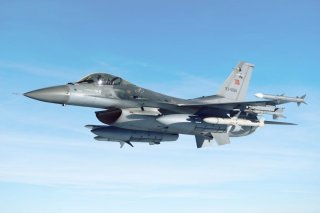 It has been nearly a century since the last time Greece and Turkey took part in a full-scale war with one another. It was forty-six years ago this summer that the two nations came to blows during the Turkish invasion of Cyprus that resulted in the partition of the island country in the Eastern Mediterranean.

Despite the fact that both nations are members of NATO and U.S. allies, the two have a history of animosity and outright hostility that has been made worse in recent months due to a cyber attack against Greek interests that may have been conducted to advance Turkish interests. Both sides have claimed the other has been overly aggressive in the waters off the coast of the two nations.

The situation reached a new level of seriousness on Thursday when Greece placed its military forces on high alert, and recalled its naval and air force officers from leave. The increased tensions were the result of Turkish exploration efforts of potentially lucrative offshore energy reserves in the region.

Earlier this month, Ankara dispatched the Oruç Reis, a survey ship escorted by gunboats, to conduct seismic research in contested waters. Athens has called the move an "illegal" activity.

“Our country does not threaten [anyone], but nor can it be blackmailed," Greek prime minister, Kyriakos Mitsotakis told his countrymen in an address Wednesday night, reported The Guardian. "Let it be known to all: the risk of an accident lies in wait when so many military forces gather in a limited area.”

Other NATO partners have had to step up as referees to keep the situation from escalating, and France's armed forces ministry confirmed that it would dispatch two Rafale fighter jets along with a naval frigate to the Eastern Mediterranean.

A Greek Lake or International Waters

The issue of energy exploration comes down to where Greece's territorial waters may begin or end. Ankara and Athens have largely failed to agree on an exclusive economic zone in the shared seas. Greece for its part maintains its islands, regardless of how small, have their own respective continental shelves, while Turkey counters that if that is the case the entirety of the Aegean Sea would be a Greek lake that would leave Turkey unable to claim any of the fields.

The Eastern Mediterranean has many deep-sea gas fields, and recent discovery has included fields off Egypt and Israel—which could have enough gas reserves for each of those nations to become energy sufficient for the foreseeable future. Turkey, which increasingly has seen itself as a regional power, would certainly like to find itself in a similar situation.

Flexing or Over Flexing of its Muscles

There is also little doubt that Ankara would like to raise its status on the world stage, and beyond this most recent showdown with Greece, Turkey recently established a new military presence in the area of Jabal Al-Akrad near the northern city of Latakia in Syria.

While the exact number of Turkish bases in Syria isn't known, some see this as a prelude to Turkish annexation of the territory in the region. Modern Turkey is the successor of the Ottoman Empire, which ruled over vast swathes of the Middle East for centuries. However, Ankara has suggested that the Turkish military is administering the land to protect the Syrian people from attack by regime forces.