Are Russia and Ukraine Heading Toward War in the Sea of Azov? 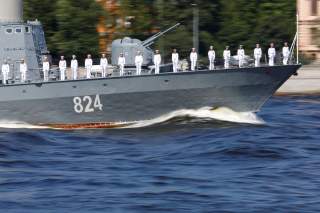 In our 2019 Annual Forecast, Stratfor noted that the Sea of Azov will be the site of heightened conflict between Ukraine and Russia this year. A standoff toward the end of 2018 and recent naval movements by Russia, Ukraine, and NATO countries point to the potential for a more serious confrontation in the coming months.

On Jan. 1, the commander of Ukraine's navy, Adm. Ihor Voronchenko, issued a statement saying his force had made deployments to the Sea of Azov and increased the combat capabilities of its maritime, air and coastal units in response to Russian aggression in the area. This came after Russian Foreign Ministry spokeswoman Maria Zakharova warned on Dec. 26, 2018, that the West should refrain from supporting any new "provocations" by Ukraine in the sea after a confrontation between Ukrainian and Russian naval ships in the last months of 2018.

As of Jan. 2, Russia was still holding the three ships and 24 sailors from Ukraine that it had seized during the Nov. 25, 2018, standoff over the Sea of Azov. The sea has been the site of growing tensions between the two countries; Russia had restricted and interfered with Ukrainian commercial vessels throughout 2018. Before the November 2018 standoff, the Ukrainian government had announced that it would build a naval base in the Azov port city of Berdyansk by the end of 2018. Since the standoff, Ukrainian officials have stated that they intend to send warships to Ukraine's ports in the sea through the Kerch Strait. The chief of Ukraine's naval staff, Vice Adm. Andriy Tarasov, has also warned that Ukraine could use weapons in the event of another confrontation between Ukrainian and Russian naval vessels in the sea, though he did not specify which type of weaponry.

These latest developments point to the potential for a more serious confrontation between Ukraine and Russia on the sea. In particular, the West has boosted its political and security support for Kiev in the standoff. The United Kingdom sent the HMS Echo, a Royal Navy survey ship, to the Ukrainian port city of Odessa on Dec. 19, 2018; it was the first NATO vessel to enter the Black Sea in explicit support of Ukraine over its Azov tensions with Russia. British Defense Minister Gavin Williamson then met his Ukrainian counterpart and said the United Kingdom would help organize joint exercises with the Ukrainian navy in early 2019. That same week, the U.S. special envoy to Ukraine, Kurt Volker, met Ukrainian President Petro Poroshenko in Kiev and said the United States would send Ukraine a new batch of weapons in the coming months.

However, it bears remembering that Ukraine's naval fleet is much weaker than that of Russia; Kiev, accordingly, understands that it cannot simply force its navy into the Sea of Azov in the face of Russian resistance. Furthermore, NATO is extremely unlikely to risk its forces by intervening directly in the area, not least because they would be at a military disadvantage so close to Russia. Nevertheless, access to the Sea of Azov remains a critical priority for Ukraine for economic, security and sovereignty reasons, and Ukrainians feel compelled to risk further clashes with Russia in pressing their claims. Even if Ukraine understands it is unlikely to come out on top in an armed skirmish with Russia at sea, Kiev hopes that any such incident would maintain and increase Western pressure (in the form of sanctions and military buildups) on Russia and drum up even more support for its own armed forces and position.

What to Watch For

Are Russia and Ukraine Heading Toward a Showdown in the Sea of Azov? is republished with the permission of Stratfor Worldview, a geopolitical intelligence and advisory firm.