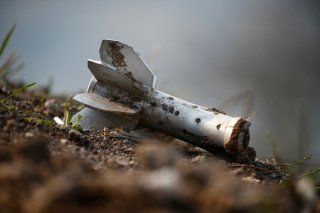 “On September 20, units of the Azerbaijani armed forces violated the ceasefire, using small arms to fire in the eastward direction of the Armenian-Azerbaijani border," read a press statement issued by Armenia’s defense ministry, according to Russian state news outlet TASS. Azerbaijan’s claimed ceasefire violations have not been independently corroborated.

Armenian and Azerbaijani border troops exchanged fire on September 13, with both sides accusing one another of initiating the clashes. Armenian president Nikol Pashinyan accused Azerbaijan last week of occupying nearly four square miles of Armenian territory over the past month. Over 170 Armenian and Azeri soldiers were killed in the fighting, according to the most recent tallies.

Yerevan appealed to the Collective Security Treaty Organization (CSTO), a Russian-led military alliance composed of six post-Soviet states, for help. Armenian officials have called on the organization to invoke Article 4 of its charter, a collective defense clause obliging all other member states to come to the defense of any member that is a victim of armed aggression. A CSTO mission arrived in Armenia last week to inspect the areas where the clashes took place.

Representative Adam Schiff (D-CA) blamed Azerbaijan for the fighting earlier this month. “Azerbaijan has reportedly shelled the homes of innocent civilians in Artsakh and is now attacking Armenia’s border. An egregious violation of the ceasefire and direct attack on Armenia’s sovereignty. The U.S. must halt all assistance to Azerbaijan - immediately and permanently,” he wrote on Twitter. House speaker Nancy Pelosi (D-CA) traveled to Armenia last weekend to urge an end to hostilities whilst voicing support for Armenia. “The immediate response from the United States was to stop the violence and to have a cease-fire,” she said, according to the Washington Post. “Our delegation had been very outspoken, saying that this was initiated by Azeris and that there has to be recognition of that and how that will stop.”

Armenia and Azerbaijan have been mired in military conflict since 1988 over the status of Nagorno-Karabakh, an ethnically Armenian enclave that was internationally recognized as part of Azerbaijan in the aftermath of the Soviet collapse.

U.S. secretary of state Antony Blinken hosted the foreign ministers of Armenia and Azerbaijan, Ararat Mirzoyan and Jeyhun Bayramov, respectively, in New York on the sidelines of the UN General Assembly on Sunday. “Strong, sustainable diplomatic engagement is the best path for everyone,” Blinken said, urging the two sides to return to peace talks. “There is a path to a durable peace that resolves the differences.”