Austrian Chancellor Meets With Putin for ‘Open and Tough’ Talks 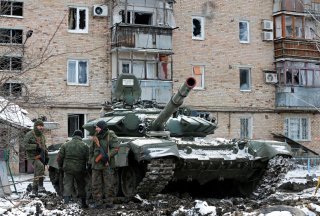 Austrian chancellor Karl Nehammer visited Moscow on Monday and met with Russian leader Vladimir Putin, who he reportedly urged to end the conflict in Ukraine and warned that any “serious war crimes” committed by Russia could lead to consequences after the war.

Nehammer’s visit marks the first of any European leader to the Kremlin since the onset of Russia’s self-proclaimed “special military operation” in Ukraine on February 24. That invasion has been opposed by the European Union (EU).

The Austrian leader described the meeting between the two leaders as “very direct, open and tough” in a statement released after his return to Vienna.

“This war needs to end, because in war both sides can only lose,” the chancellor wrote. He underlined that those responsible for atrocities within Ukraine, including the Bucha massacre and the Kramatorsk train station bombing, would be “held to account” after its conclusion.

Prior to his visit with Putin, the Austrian leader traveled to Kyiv to meet with Ukrainian president Volodymyr Zelensky, praising him for his leadership during the crisis and committing to provide humanitarian assistance for Ukrainian refugees.

Austria has maintained a nuanced position on the Russian invasion of Ukraine. Although the country is an EU member, it is not a member of NATO and has declared military neutrality in European conflicts. At the same time, it has opposed efforts within the bloc to cut off the flow of Russian gas, which accounts for roughly 40 percent of Europe’s energy consumption.

In spite of Austria’s military neutrality, however, Nehammer argued on Twitter that the government in Vienna had a “clear position on the Russian war of aggression against Ukraine.”

“It must stop!” Nehammer wrote in German. “It needs humanitarian corridors, a ceasefire and full investigation of war crimes.”

During his meeting with Putin, the Austrian chancellor underlined that the European Union was united in its approach to Russia and that attempts to divide Austria from the bloc based on competing interests would fail.

German chancellor Olaf Scholz voiced his approval of Nehammer’s trip, arguing that “any diplomatic efforts” to resolve the crisis should be tried before resorting to further violence.

However, several Austrian lawmakers disagreed, arguing that the trip had given Putin political cover to claim that he was pursuing diplomacy even as he continued to escalate Russia’s war in Ukraine.