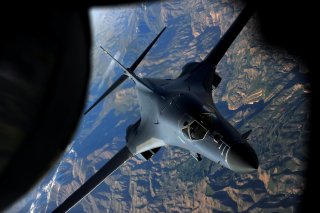 The planned phase-out retirement of the decades-old Air Force B-1B bomber introduces some interesting dynamics for the future of the military service’s bomber force, which leaders say is already massively depleted well below what is needed to meet growing threats.

Gen. Timothy Ray, the commander of Air Force Global Strike Command, has consistently said that the service suffers from a bomber shortage given the small number of B-2 Spirits and aging B-1B Lancers. In recent years, the service has configured the B-1B Lancer to fire hypersonic weapons in a clear effort to extend the platform’s service life. But several upgrades to the aircraft can only bring the older aircraft so far. The service is phasing out the B-1B Lancer in coming years, yet in a staggered way as B-21 Raiders continue to arrive. The question then becomes, will the timeless B-52 Stratofortress and B-21 Raider be the platforms to propel the force into the future? If so, then what does that mean in terms of tactics, strategies and service bomber-fleet approaches.

One immediate factor to consider is the progress, pace and enthusiasm related to the arrival of the B-21 stealth bomber. The fact that there are only twenty B-2 Spirits, coupled with the reality that the B-52 Stratofortress and B-21 Raider will be the key aircraft to sustain the Air Force bomber fleet, may explain why there is a continued refrain among observers, senior service leaders an and members of Congress asking to increase and even accelerate B-21 Raider production.

Part of the mission gap created by the departure of the B-1B Lancer may be picked up by the many capabilities of the now-arriving B-21 Raider. Of course, most details are not available for obvious security reasons, but it would not be surprising if the B-21 Raiders were able to integrate new levels of sensing, data analysis, weapons guidance, bomb delivery, computer processing and targeting. This means it is possible that B-21 Raiders could pick up a large number of missions now performed by B-1B Lancers.

At the same time, while the current long-term plan may appear to largely incorporate the B-21 Raider and the B-52 Stratofortress, the B1-B Lancer is not disappearing quickly. The service is still working on a multiyear upgrade and refinement program for the B1-B Lancer, which includes configuring its weapons bay and giving the plane improved weapons capacity, avionics, engines and communications systems.

For example, a demonstration several years ago showed that the B-1 Lancer could increase its bomb-carrying load from twenty-four bombs up to forty in the internal weapons bay. The service has also been giving the aircraft a new Bomb Rack Unit upgrade which increases the B-1B Lancer’s carriage capacity of five-hundred-pound weapons by as much as 60 percent. In recent years, the Air Force has also been giving the B1-B Lancer a new fully integrated targeting pod that integrates targeting controls with video feeds and other intelligence data. Then there is also a new Integrated Battle Station for the aircraft which enables greater in-flight data sharing such as target or navigational adjustments.

The B1-B Lancer can hit altitudes of sixty thousand feet, hit speeds of MACH 1.25 and fire multiple air-dropped joint direct attack munition bombs such as the GBU-31, GBU-38, GBU-39 Small Diameter Bomb and GBU-54 precision weapon. The B-1B Lancer dropped a lot of bombs over Afghanistan and Iraq after having its combat debut in Operation Desert Fox in 1998.