Bad News: U.S. Military Sites in Europe Are Dependent on Russia for Electricity 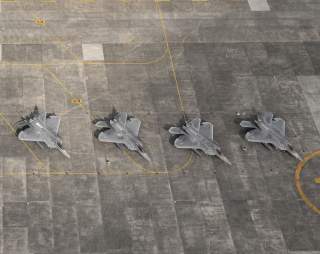 As the Nord Stream II pipeline is beginning construction in the Baltic Sea, President Donald Trump warned that Germany has become “captive to Russia.” Representatives in Congress are also worried about European dependence on Russian energy. To ensure stable operation of critical sites, especially military assets abroad, backup power solutions should be an imperative.

In the first quarter of this year, Russian pipelines supplied 41% of Europe’s gas. Russian natural gas is cheaper for much of Europe because it does not need to undergo the liquification process. Countries that ship gas long distances have to transform it into liquefied natural gas (LNG) by cooling it to -260 degrees Fahrenheit. This shrinks the gas’ volume, making it easier to store and ship. When LNG reaches its destination, it is changed back to a gas and piped to homes and businesses to generate electricity.

Many policymakers find European dependence on Russian gas concerning. In fact, a letter was recently sent to Secretary of Defense James Mattis from Senator Pat Toomey and other representatives highlighting the importance of lessening the dependence on Russian energy for the U.S. Armed Forces in Europe. Some consider American LNG to be more reliable and promote U.S. energy exports as a replacement for Nord Stream 2.

Ramstein Air Base in southwestern Germany is a large and strategic American defense transport facility with 56,000 American troops. The base serves as headquarters for the U.S. Air Forces in Europe, Air Forces Africa and the North Atlantic Treaty Organization (NATO) Allied Air Command. According to the Defense Logistics Agency, nearly 40% of oil used at military sites in Germany is from Russia.

Thus, American defense installations in Europe are dependent on Russian energy to operate. If Russia were to hold its energy supply hostage, as it already has done to Ukraine in 2006 and 2008, not only would Germany’s power grid struggle to provide electricity to its citizens, but American installations and operations would also be compromised.

The Nord Stream II pipeline, in essence, boosts Moscow’s geopolitical strength and doubles the European Union’s reliance on Russian energy. Funds from selling gas also provide Russia with more resources to accomplish hostile goals, such as the recent annexation of Crimea and the cyber campaign on the U.S. electric grid. Increased energy dependence on Russia could also be used as leverage to extort the European Union and drive a wedge between NATO allies.

U.S. lawmakers in particular worry that Europe’s reliance on Russian energy could give Moscow more leverage. Congress attempted to pursue a safer energy supply in the Fiscal Year 2018 National Defense Authorization Act (NDAA). The law directed the secretary of defense to provide measures for modern energy acquisition policy for overseas installations, reduce the military’s dependence on Russian energy and ensure the ability to sustain operations in the event of a supply disruption.

In the recent Fiscal Year 2019 NDAA passed in the House, Congressman Don Bacon of Nebraska advanced a bipartisan amendment to direct an energy security policy for a new $1 billion Army medical complex and significantly reduce the need for natural gas.

To reduces reliance on Russian energy, microgrids could be deployed at American military assets. Microgrids are capable of operating on or off the main grid and ensure electricity is available to locations if an outage occurs. These power systems would serve as a great backup to avoid an external country from controlling the energy supply to military sites.

Some American utilities have built microgrids to ensure electricity is available to critical locations, such as power generating stations and airports. For instance, the SPIDERS Phase III microgrid project is deployed at Camp H.M. Smith, a U.S. Marine Corps installation in Hawaii, and includes battery storage, demand response, renewables and diesel generation.

Nuclear power can also be used to fuel microgrids with onsite fuel for long periods of time. Companies such as BWX Technologies, Inc. (BWXT) have the unique capability to support the design, testing and manufacturing of Gen IV advanced reactors that can be used for this purpose.

In addition, reliable bulk energy storage could provide backup power in the event the energy supply is compromised. Batteries in electric vehicles on military bases could also be used to supply power during an outage, especially considering these cars are popular in Europe. For instance, Nissan unveiled a system that allows the Leaf electric car to connect with a home and provide electricity for about two days.

As Russia provides more gas to Europe with the development of the new pipeline, it is critical for backup power to be available at American military sites abroad. Congress should consider equipping military sites with microgrids, storage, and even electric vehicles to ensure power is available in the event the energy supply is ever compromised.