Belarusian President Denies There Will Be an Attack on Ukraine 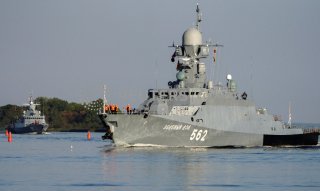 There will be no invasion of Ukraine—at least according to Belarusian president Alexander Lukashenko, who told reporters this week that there has never been any talk of "attack" with Russian president Vladimir Putin. The Belarusian leader also said that the United States' intelligence community wrongly predicted that Russia would invade its neighbor.

In addition, Russia is Belarus' largest and most important economic and political partner. Last year the two nations agreed to closer economic ties, as Moscow provided Minsk with new loans to bolster the Belarusian economy. Currently, the two neighbors, linked in a so-called Union State, have agreed to closer coordination on economic policy but stopped short of a common currency.

Lukashenko had sought increased financial support from Moscow amid sanctions from the United States and the European Union in response to his brutal crackdown on opposition protesters since the disputed presidential elections in the summer of 2020.

Lukashenko may remain the junior partner, but this week he showed his loyalty to Putin, while maintaining that an invasion of Ukraine isn't as imminent as Washington has warned.

"There will be no invasion tomorrow," the Belarusian leader told reporters on Thursday.

"The military-political specter has been put in the lead through the efforts of our Western partners," Lukashenko explained, and said that the West has used the recent joint Russian-Belarusian military exercises as a propaganda tool to spread fear across Ukraine and Europe.

"They lost the first round," the Belarusian president added. "They are now, as I see, starting a second round, scaring the entire world by saying we will attack Ukraine tomorrow, encircle it, destroy it and so on. Although we didn’t have [these] plans when we discussed these issues."

The two Union State members will continue to hold military exercises however.

"We will teach people to fight a war," he said. "There's no way around it."

Just this week, U.S. officials warned that Russia has amassed an additional 7,000 troops on its borders—even as Moscow has claimed many troops have returned to their home bases. While the bulk of the some 150,000 Russian troops are massed along the Russian-Ukrainian border, upwards of 30,000 Russian soldiers are reported to be deployed to Belarus and taking part in the joint exercises known as Allied Resolve 2022 and described by NATO as the largest deployment of Russian troops in Belarus since the end of the Cold War.

NATO officials believe the military drills could serve as cover for an assault on Ukraine, which shares a nearly 700-mile-long border with Belarus.

Lukashenko and Putin may have each claimed that an invasion isn't coming, but given the increased troop deployments, it is hard to take them at their word.