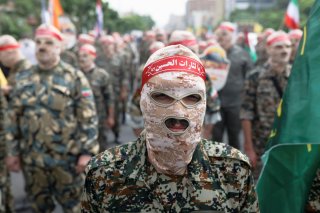 The “Treaty Between the Kingdom of Belgium and the Islamic Republic of Iran on the Transfer of Sentenced Persons” will be a stunning mistake if Belgium’s Federal Parliament approves it this week.

Article 3, Paragraph 1 of the pending treaty affords Belgium and Iran “the widest measure of co-operation in respect of the transfer of sentenced persons in accordance with the provisions of this Treaty.” Paragraph 2 stipulates that a “person sentenced in the territory of a party may be transferred to the territory of the other Party, in accordance with the provisions of this Treaty, in order to serve the remaining period of the sentence imposed on him. To that end, he may express his interest to the Sentencing State or to the Administering State in being transferred under this Treaty.” Paragraph 3 concludes, with “Transfer may be requested by either the Sentencing State or the Administering State.”

This treaty will be used by Tehran to immediately have the terrorist cell that attacked the National Council of Resistance to Iran (NCRI) rally in France in 2018, and their Ministry of Intelligence and Security (MOIS) handler Assadolah Assadi, returned to Iran. This NCRI rally was attended by thousands of participants. Attendees included current and former senior officials from governments throughout Europe, Asia, Africa, and North America. The use of deadly triacetone triperoxide (TATP) in the intended explosive device proves the Iranian government was intent on causing extensive damage. It is obvious hundreds of people would have been killed and maimed had the Iranian attack succeeded.

Law enforcement authorities in Belgium, France, and Germany worked closely and efficiently to stop the Assadi terrorist cell. The Belgian judicial system also fulfilled its responsibilities with complete professionalism and achieved all rule-of-law expectations. Among the most critical of these expectations is accountability for violators. To allow these people to return to the country which issued their orders destroys accountability. These Iranian terrorists will not serve prison sentences, but rather be returned to their official duties. It is inconceivable that these terrorists would serve even a minute in prison in a country that commissioned them to carry out this bombing plot in the first place.

This pending treaty is totally disrespectful to the law enforcement officers who risked their lives to prevent the 2018 attack. It also frustrates the judicial system's ability to fulfill its mission to protect the citizens of Europe by denying it the ability to make perpetrators accountable.

From the 1996 Khobar Towers attack in Saudi Arabia, the 2011 plot to kill the Saudi ambassador in Washington, D.C., the 2018 attempt to bomb the NCRI rally in France, to numerous other hostile acts, the Islamic Republic of Iran continues to demonstrate why it is the number-one state-exporter of international terrorism. This is not going to change. In 2018, Albanian prime minister Edi Rama expelled the Iranian ambassador, who was proved to be an MOIS agent organizing a plot to kill Iranian dissidents living outside Tirana.

This pending treaty with Iran will make Belgium a “sanctuary country” for terrorist sleeper cell operations, and a safe haven for Iran to construct its European central command center. If terrorist planning operations are disrupted, those apprehended will be sent back to Iran upon conviction in Belgian courts. If the terrorist cells are successful, then the perpetrators are also eligible for transfer back to Iran.

Once established inside Belgium, it will be much easier for these sleeper cell operatives to travel throughout the European Union. The law enforcement community will not be able to keep up with all their activities. When Assadi was captured, he was in possession of detailed information concerning over twenty sleeper cells under his control in several European countries. Assadi is just one of the thousands of MOIS agents. In addition to the MOIS, Iran has the Islamic Revolutionary Guards Corps (IRGC) and the Quds Force (translated as Jerusalem Force) to conduct terrorist operations around the globe.

As the home of the European Union, Brussels is the capital of Europe. It is inconceivable that the government of the Kingdom of Belgium is even considering offering to host Iran’s terrorist operations headquarters in Europe. For the good of their country and for all of Europe, Belgium’s Federal Parliament needs to defeat the passage of this proposed treaty.

Colonel (Ret.) Wes Martin served as the senior Antiterrorism Officer for all Coalition Forces in Iraq.