Biden Opts for Mediocrity in the Defense Department 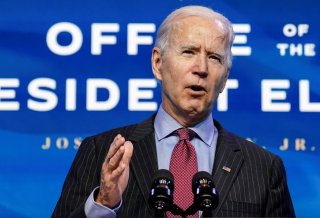 President-elect Joe Biden’s choices to run the Pentagon suggest he prefers people he’s comfortable with instead of people with successful track records confronting America’s enemies. This is true of Biden’s nominee for Secretary of Defense, Gen. Lloyd Austin, and Undersecretary of Defense for Policy, Colin Kahl.

Both men helped formulate and execute the Obama administration’s failed policies in the Middle East that emboldened Iran and failed to deter the spread of ISIS. Democrats have said they wanted competence, but their track records suggest they have a lack of understanding of the Middle East and of military strategy.

Austin was regarded by those under his command as a “toxic leader” and “an uninspired political animal eager to curry favor with the White House,” former National Security Agency (NSA) analyst John Schneider wrote in a 2015 column. An unnamed Biden transition official told Politico last month that Austin “doesn’t knock your socks off” and that he did not “see him as an independent thinker.”

Serious questions exist about Austin’s competence for the job of Secretary of Defense.

CENTCOM squandered half a billion dollars during Austin’s command on the disastrous Syrian “Train and Equip” program. The general testified before the Senate Armed Services Committee in Sept. 2015 that the program only led to the deployment of “four or five” Syrian fighters against ISIS.

“I have never seen a hearing that is as divorced from the insight of every outside expert,” the late Sen. John McCain, then chairman of the Senate Armed Services Committee, said in response to Gen. Austin’s testimony.

The debacle of “Train and Equip” went beyond that. It resulted in the training of jihadists such as Mustafa Sejari, who aimed to replace the Assad regime with one scarcely different from the kind supported by Al Qaeda. (Sejari’s forces subsequently committed human rights abuses against the Kurds in Afrin, Syria under the banner of the Turkish-backed Syrian National Army.) American-supplied weaponry also found its way into the hands of Al Qaeda-allied militias that were equipped under the program.

Biden said he chose Austin for the job because, “He designed and executed the campaign that ultimately beat back ISIS, helping to build a coalition of partners and allies from more than 70 countries who worked together to overcome a common enemy.”

Schneider described Austin’s command climate at CENTCOM as “Stalinist,” which may have resulted in Groupthink that delivered poor intelligence about ISIS up the chain of command. Hostile environments frequently breed such poor decision-making. Although the evidence does not show that Gen. Austin deliberately ordered the sanitization of intelligence related to ISIS, he created the command environment that likely brought that about.

The 2017 Department of Defense Inspector General’s report on CENTCOM’s handling of ISIS-related intelligence found: “We … believe that the analysts’ perceptions of distortion led some of them to ‘self-censor’ their products and, therefore, some did not try to submit intelligence assessments that they believed conflicted with their perception of their leaders’ narrative.”

That should raise alarm bells about the type of environment he would create at the Pentagon as Secretary of Defense. Groupthink inevitably has a destructive impact in any chain of command.

Pairing Austin, an Obama administration “Yes man,” with Kahl could result in reckless policies that could threaten to undermine U.S. relations with Saudi Arabia and the United Arab Emirates (UAE). Kahl has supported the Muslim Brotherhood’s activities in the region as well as the Iranian regime, which these Gulf states view as a mortal enemy.

Kahl misjudged the mood in the Middle East toward political Islamists at the start of the Trump administration by calling President Trump’s hostility to the Muslim Brotherhood and similar groups “Islamophobia.” He incorrectly predicted that President Trump’s anti-Islamism and support for moving the U.S. embassy to Jerusalem would alienate the United States from its regional partners.

Instead, opposition to the Muslim Brotherhood brought the Trump administration closer together with Saudi Arabia and the UAE in the fight against terrorism. Through the signing of the Abrahamic Accords, President Trump got the Muslim nations of Bahrain and the United Arab Emirates (UAE) to diplomatically recognize Israel. More recently, Morocco and Sudan recognized Israel.

During his time as Deputy Secretary of Defense, Kahl endorsed the Muslim Brotherhood’s involvement in the Arab Spring; however, intelligence showed that the Brotherhood had direct financial and other links with violent jihadists. He endorsed the misconception that encouraging Islamist participation in politics would reduce the appeal of jihadists. It didn’t, and the intimate ties between Al Qaeda-style jihadist groups and ISIS in Egypt came into focus.

Instead of enabling ISIS as Kahl predicted, President Trump succeeded at destroying the ISIS caliphate and the number of ISIS-inspired attacks against the United States dissipated.

Kahl’s new position will require him to take a sober view of reality. He must take a firm stance against Hezballah and Iran’s other Shiite militias and not appear to favor Iran over America’s regional allies.

He will need to take a sober view of these groups and resist the urge to appease Iran and the Iranian Revolutionary Guard Corps (IRGC), which has involvement in global criminal and terrorist activities. This includes activities with Mexican drug cartels.

America needs a Defense Department led by people who live in the real world instead of wishful thinking and false narratives. A return to Obama-era naivete would be disastrous.