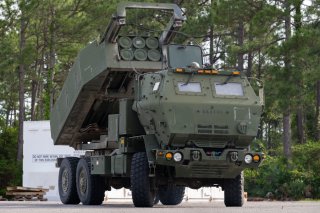 The United States will provide Ukraine with more capable rocket systems, President Biden wrote in an op-ed for the New York Times.

“Every negotiation reflects the facts on the ground. We have moved quickly to send Ukraine a significant amount of weaponry and ammunition so it can fight on the battlefield and be in the strongest possible position at the negotiating table,” Biden wrote. “That’s why I’ve decided that we will provide the Ukrainians with more advanced rocket systems and munitions that will enable them to more precisely strike key targets on the battlefield in Ukraine.”

The op-ed did not make clear precisely which weapons Ukraine will receive, but officials say the plan is to send Kyiv the M142 High Mobility Artillery Rocket System (HIMARS), a truck-mounted rocket launcher system that carries a container with up to six rockets.

According to earlier reporting, the administration was reluctant to arm Ukraine with longer-range rocket systems out of concern that these weapons could be used to strike targets on Russian soil, possibly contributing to a cycle of escalation.

“We are not encouraging or enabling Ukraine to strike beyond its borders,” Biden wrote. But virtually any missile or rocket system at Ukraine’s disposal, provided it is deployed close enough to the border, can strike Russian territory. There do not appear to be any mechanisms to enforce the president’s preference for how Ukraine should use these rocket systems. As the Pentagon has repeatedly made clear over the course of the Russo-Ukrainian War, the United States does not have the means to track the weapons it sends to Ukraine after they change hands at the Polish border.

Biden’s comments also leave the potential gray zone for escalation in territories long occupied by Russia. The Crimean peninsula—annexed by Russia in 2014—is internationally recognized as part of Ukraine, but Russian president Vladimir Putin and other top Russian officials have previously made clear that they would treat threats to Crimea the same as threats to any other Russian territory.

Moscow lashed back at Biden’s decision on Wednesday. "We believe that the United States is purposefully and diligently adding fuel to the fire. … Such supplies do not contribute to the Ukrainian leadership’s willingness to resume peace negotiations," Kremlin spokesman Dmitry Peskov said, according to CNN.

The HIMARS rocket systems are part of a new $700 million military aid package that is expected to be unveiled this week. Washington’s new Ukraine security assistance tranche comes on the heels of steady Russian advances in the Donbas region and several other parts of eastern Ukraine.