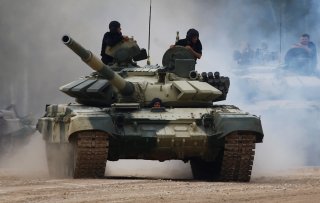 Just over eighteen months ago, Azerbaijan’s army—backed by Turkish Special Forces and equipped with Israeli drones—launched a surprise attack on the self-declared Artsakh Republic in Nagorno-Karabakh, a mountainous region which both Azerbaijan and Armenia claim, but which Armenians largely controlled since the end of the 1988-1994 Nagorno-Karabakh war. Turkish president Recep Tayyip Erdogan and his Azerbaijani counterpart Ilham Aliyev timed their assault to coincide with the one-hundredth anniversary of the Ottoman Turkish invasion of newly-independent Armenia. The 2020 assault lasted forty-four-days and ended with a Russia-imposed truce, enforced by the deployment of Russian peacekeepers along the line-of-control in Nagorno-Karabakh and Azerbaijan and Armenia’s international border.

The war, which killed over 7,000, represented both a failure of intelligence and diplomacy for the United States. Neither the intelligence community nor the Congressional committees overseeing it has explained if the September 27, 2020, attack surprised U.S. analysts and diplomats or, conversely, if the Central Intelligence Agency and State Department were aware of the impending attack but did nothing.

The question is not simply academic, but also legal. Section 907 of the Freedom Support Act prohibits provision of U.S. assistance to Azerbaijan so long as Azerbaijan refuses to commit to diplomacy as the sole means to resolve its conflicts. By abandoning the Minsk Group diplomatic process and launching a war, Aliyev violated the president’s certification.

Nevertheless, just two days after President Joe Biden won the praise of Armenians, historians, and human rights activists for fulfilling his campaign promise to recognize the Armenian Genocide, Secretary of State Antony Blinken, without explanation, issued a new waiver to Azerbaijan. This was particularly galling for two reasons. First, Azerbaijan continued not only to hold Armenians seized in Nagorno-Karabakh during the fighting, but also civilians kidnapped from the Lachin Corridor after the truce. Second, rather than recommit to diplomacy, Aliyev openly called for the expansion of a war of conquest to include anchluss of Armenia itself.

Azerbaijan’s disdain goes further. Just as Azerbaijani forces destroyed a one-thousand-year-old cemetery in Julfa—an event crucial to my own reconsideration of Azerbaijan’s motives—in areas of Nagorno-Karabakh seized from Armenian control, Azerbaijani forces moved to eradicate Christian sites and important artifacts of Armenian cultural heritage dating back centuries. In just the year since Blinken offered his waiver, the Azerbaijani state has acted toward Christian heritage the way the Taliban had to Afghanistan’s ancient Buddhist heritage. That United Nations Educational, Scientific, and Cultural Organization (UNESCO) employs Aliyev’s wife shows the extent to which Aliyev believes his “caviar diplomacy” immunizes him from accountability. Azerbaijan now even seeks to erase the term Nagorno-Karabakh.

Events in Ukraine have emboldened Aliyev. Not only does he see Russia, with whom he has cast his lot, acquire some territory through aggression, but he also understands the White House is distracted. Since March 8, as sub-zero temperatures blanketed the region, Azerbaijan cut off gas supplies to Nagorno-Karabakh, essentially imperiling the entire civilian population.

After Russian president Vladimir Putin ordered the withdrawal of some Russian peacekeepers, Azerbaijani forces have resumed their probing attacks into Artsakh and Armenia. When remaining Russian peacekeepers asked both sides to separate their forces, Artsakh forces complied but Azerbaijani forces rushed forward to occupy two Armenian villages and then used Turkish drones to kill three Armenians and wound fourteen. To their credit, both the Russians and French fingered Azerbaijan as the aggressor. The State Department, however, doubled down on its moral equivalence.

Blinken may believe obfuscating the truth or treating aggressor and victim as equally responsible is sophisticated. He is wrong. Not only does he signal to Baku that there will be no consequences for atrocities and ethnic cleansing, but Blinken’s actions are also illegal. Biden and Blinken violate the law when they certify, “the Government of Azerbaijan is taking demonstrable steps to cease all blockades and other offensive uses of force against Armenia and Nagorno-Karabakh” when the facts contradict this. Blinken shows disdain for Congress by failing to fulfill legally mandated reporting requirements. That Blinken continues to certify Azerbaijan’s commitment to diplomacy at the same time Aliyev seeks to prevent the U.S. co-chair of the Minsk Group from visiting is little different in spirit than the previous administration’s failure to support its ambassador to Ukraine.

It is time for both for the State Department to cancel its waiver of Section 907, and perhaps even apply Magnitsky Act sanctions to the Azerbaijani leadership. Should Blinken ignore the law, however, and show greater fealty to Azerbaijani sensitivities than to his duties to Congress, then it is time for Congress to summon Blinken and take action.