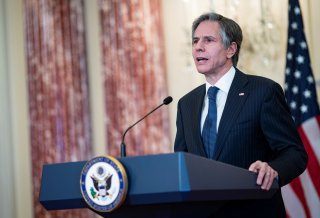 All indications are that the Biden administration will recognize the Armenian genocide more than a century after it occurred. On April 24, 2020, then-presidential candidate Joe Biden tweeted, “If elected, I pledge to support a resolution recognizing the Armenian Genocide and will make universal human rights a top priority.” It appears his staff remains onboard with that commitment.

On March 22, 2021, the Eurasia Group’s Ian Bremmer reported that “White House sources” had told him genocide recognition would go forward. While Bremmer noted not only Biden’s campaign promise but also that Vice President Kamala Harris had co-sponsored the 2019 genocide resolution, he is also correct to note President Barack Obama made and reneged on a similar promise.

Herein lies the problem: there is a dynamic in government where officials believe it sophisticated or useful to distort history or elide current tragedy for the sake of short-term diplomatic necessity. Samantha Power wrote a book about it and, yet, not only failed to stand up with moral clarity on Armenia but then she (and Ben Rhodes) ignored the ongoing genocide in Syria. U.S. climate envoy John Kerry, who like Harris served a state with a large Armenian community, also sponsored Armenian genocide resolutions while senator, only to forget them when he entered the executive branch.

Secretary of State Antony Blinken promised greater attentiveness to human rights during his first weeks in office, but he has already demonstrated a willingness to sacrifice principle for politics. Consider, for example:

Many Armenians may dislike the late historian Bernard Lewis because he questioned the Armenian genocide’s premeditation and blamed a million murders (which he did not dispute) on the fog of war. Subsequent information, however, not available at the time to Lewis confirms premeditation. Lewis was as honest as he was erudite; I have little doubt that were he alive today, he would allow new evidence to change his interpretation.

There is another reason why Armenians should not entirely dismiss Lewis. In his 2012 memoirs, Lewis wrote, “We live in a time where great energies are being devoted to the falsification of history—to flatter, to deceive or to serve some sectional purpose. No good can come from such distortions, even when they are inspired by unselfish motives.” This is the Lewis statement upon which Armenians and those interested in historical truth should today seize as it emphasizes the importance to not allow short-term diplomatic interests to distort history’s reckoning.

Many within the Biden administration, the State Department, and the Pentagon can find incentive to walk back Biden’s commitments or infuse them with moral equivalence. There remains a strong Turkey lobby with the State Department ready to advocate for Turkish interests and absolve Turkey of accountability for its actions. The Pentagon may not recognize that maintaining access to the Incirlik Air Base does not offset the cost of giving Turkish president Recep Tayyip Erdoğan a free pass. Both the State Department and Pentagon may believe antagonizing Erdoğan may cause him to lash out in the Eastern Mediterranean. Already, there are warning signs that Biden and Blinken have gone wobbly: For all their tough talk on Turkey, for example, they empowered its dictator, Erdoğan, by making him a host for the Afghanistan peace talks. Then, there is Nagorno-Karabakh, where Turkey and Azerbaijan precipitated a forty-four-day war last autumn and peace is tenuous.

None of these concerns justifies perverting or whitewashing history. Not only is the Armenian genocide fact, but downplaying it can also have a real cost. Azerbaijan and Turkey timed their surprise September attack on Armenian-populated Nagorno-Karabakh to coincide with the centennial anniversary of the Ottoman invasion of newly independent Armenia. Both Erdoğan and Azerbaijani dictator Ilham Aliyev used eliminationist rhetoric to suggest their ultimate goal is to be to wage religious warfare and eradicate Armenia itself. To show Turkey that bluster can trump accountability will ensure further aggression not only against Armenia but also against the Kurds and Cyprus.

While acknowledging the Armenian genocide is both right and wise, Biden and Blinken should go further. Genocide denial undermines long-term security and so Blinken might consider the erection of monuments to the Armenian genocide in both Ankara and Baku as the metric to determine if acknowledgment of genocide extends beyond rhetoric. Such a display would also help chip away at the historical blindness that decades of Turkish incitement have caused. There are precedents for such monuments. Unlike Turkey and Azerbaijan that project images of multi-faith tolerance to Western visitors and invite the foreign press to small commemorations, Armenia hosts a Holocaust monument in its capital as Armenians recognize that history too often repeats.

Biden and Blinken must also commit to ending the Section 907 waiver that effectively rewards Azerbaijan for its defiance of diplomacy. Blinken must also call out both Turkey and Azerbaijan for embracing and deploying Al Qaeda-linked mercenaries from Syria. The Trump administration downplayed diplomacy in the South Caucasus by appointing a Minsk Group co-chair who lacked the diplomatic rank of his Russian and French counterparts. Rather than simply appoint an ambassador, Blinken might designate an assistant secretary to incorporate the portfolio. Just as Kosovo emerged as an independent state to halt Serb ethnic cleansing of an ethnic Albanian minority, so too might the United States propose a similar Kosovo model for the Artsakh Republic, the self-declared Armenian state in the territory. In the meantime, Blinken should station a diplomat permanently in Stepanakert, Artsakh’s capital.

Genocide recognition is important but it is not enough. With dictators to both Armenia’s east and west, it is essential to recognize that the threat of a century ago continues to the present day. Empty rhetoric can carry a huge cost.