The Bomber You Never Heard Of: Meet the B-50 Bomber 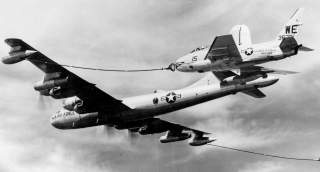 Key point: When the Korean War broke out in the 1950s, only the older B-29s were called into perform non-nuclear strikes.