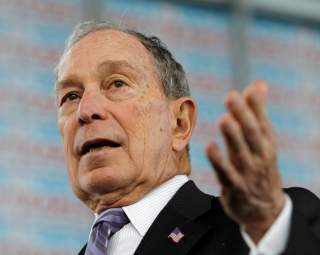 Tonight, CBS News will host the final Democratic primary debate before this weekend’s South Carolina primary and Super Tuesday next week, where fifteen primaries will take place across the country. This comes on the heels of the Nevada caucus, where frontrunner Bernie Sanders won by a double-digit margin. This growing delegate lead has enlarged the target on the Vermont Senator’s back going into tonight.

Sanders will be joined on the debate stage by Senator Elizabeth Warren of Massachusetts, former Vice President Joe Biden, Senator Amy Klobuchar of Minnesota, former Mayor of South Bend, Indiana Pete Buttigieg, former Mayor of New York City Michael Bloomberg, and re-addition of billionaire Tom Steyer. Representative Tulsi Gabbard of Hawaii is the only Democratic candidate who was not invited to participate.

During last week’s debate, Warren skewered Bloomberg during his first debate appearance this cycle. Warren blasted Bloomberg for his past comments towards women and his multiple non-disclosure agreements. “He did the worst performance of any candidate in a debate since debates began with Nixon and Kennedy in 1960,” said commentator and former presidential candidate Pat Buchanan about the multi-billionaire.

According to a Morning Consult poll, Bloomberg’s net favorability among Democratic voters fell twenty points and his public image was damaged. Meanwhile, Warren saw an enormous fundraising boost to her badly depleted campaign war chest, and she’s hoping to keep the momentum going.

Last week, Pete Buttigieg was the one candidate on stage who put the focus of his attacks on Sanders instead of Bloomberg. How Buttigieg is going after Sander’s comments, some made forty years ago and others made just this week, that express sympathy with certain programs of communist regimes. “I don’t want as a Democrat, I don’t want to be explaining why our nominee is encouraging people to look on the bright side of the Castro regime when we’re going into the election of our lives,” Buttigieg said at a CNN town hall.

However, it was Bloomberg, who has spent over $460 million self-funding his candidacy, who first raised this issue. Bloomberg said at last week’s debate that Sander’s platform was similar to the communist programs tried in other countries. Moreover, yesterday Bloomberg’s official twitter sent a thread of satirical tweets with the hashtag #BernieOnDespots. “Vladimir Putin is willing to poison anyone who disagrees with him, but have you seen how that guy looks without a shirt!! Mmm delish!” one said, branding Sanders as being homosexual. The thread generated backlash and has since been deleted.

Bloomberg’s campaign has announced that they’re focusing their media firepower on Sanders going forward. It’s likely the other campaigns will follow suit. Having regained her stature, Warren needs to prove she’s still a plausible alternative to her fellow progressive. Meanwhile, Joe Biden is in a dead heat with Sanders in South Carolina, in what might be the last stand of his campaign. And the rest of the field has every incentive to follow their suit.