Can the Defense Department Stop a Hypersonic Threat? 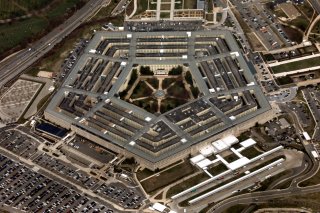 The Defense Department is interested in the technology seeing, tracking and finding hypersonic missiles is a crucial technology needed for defense, yet it is simply not enough. Threat information regarding the maneuvering, high-speed missile transiting between radar fields must be tracked, processed and communicated. Crucial data such as information about the flight trajectory needs to be organized, processed, sent through command and control and ultimately given to an interceptor or countermeasure of some kind. How can this happen? Can it happen fast enough to stop a hypersonic threat?

“There’s a tremendous amount of data that comes out of that space,” Mike Ciffone, the director of Northrop Grumman’s Strategy, Capture and Operations for overhead persistent infrared and geospatial systems, told reporters at the Space and Missile Defense Symposium in Huntsville, Alabama. “How do you effectively utilize that data in terms of integrating that with your weapon?”

There are several ways that the Defense Department, Missile Defense Agency and industry partners are working to accomplish this feat in a matter of seconds.

“One method is obviously data fusion and doing what fusion implies,” Ciffone said. “I need to get that data that comes from the satellites down to the ground and to weapons as quickly as possible. A method of doing that is potentially processing some of that data in real-time to a weapons database and transfer that data from the satellite system down to the weapon.”

Some of the data processing, for instance, can potentially be artificial intelligence-enabled and also performed at the point of data receipt, essentially wherever the incoming sensor data first arrives. Computer processing is becoming much faster and artificial intelligence-enabled due to a series of technical breakthroughs which enable incoming sensor data to be instantly analyzed, organized, assessed and streamlined. With this, key points, moments or objects of relevance can be found and sent to commanders at speeds exponentially faster than what may have previously been possible.

The success of this also naturally depends upon networking satellites and sensor nodes to one another, something which is a major focus for Pentagon, Missile Defense Agency and Northrop developers. This may be one key reason why the military services are quickly building and deploying faster, smaller and better networked Low and Medium Earth Orbit satellites. These new systems complement larger Geospatial satellite networks and are designed to closely cover wide swaths of expansive geographical areas by networking. This is exactly why Northrop Grumman is engineering, testing and planning to deploy a new network of smaller, high-resolution satellites called Hypersonic and Ballistic Tracking Space and Sensor program.

“When you look at a system like this where we have a constellation of many dozens of satellites in the future, you want to get a model of the performance of that integrated constellation,” Ciffone said. “And so having the digital engineering capability and the modeling and simulation tools allows us to model the performance of those complex architectures and get to optimize the system in a way now that we wouldn’t have traditionally been able to do with legacy methods. When it comes to national security, failure is not an option. The nation can’t afford to rely on unproven technology when lives are at stake.”