Can the U.S. Navy Streamline the Transition to Drone Warfare? 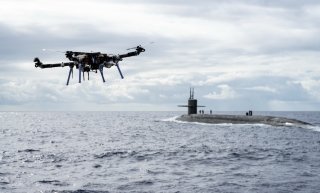 The U.S. Navy is working on developing technologies intended to optimize the operational functionality of its fast-growing fleet of unmanned systems. The Navy hopes to achieve this by engineering a common set of technical standards, software, interfaces, and internet protocols.

The objective is to not only ensure that the emerging platforms can be modernized with software upgrades and smoothly integrated with other emerging technologies, but also to enable manned-unmanned and unmanned-unmanned networking.

Current Navy work on a growing range of drone prototypes seeks to leverage an “open architecture” approach designed to allow rapid integration of new algorithms, sensors, technologies, and even weapons as they emerge. Technology is progressing rapidly, so the Navy seeks to ensure that the latest innovations are quickly added to existing drones in order to advance AI-enabled operations and autonomy. Navy weapons developers explain that all of this research is now being done with prototypes to improve the prospects for future systems.

“All of these prototypes are key for testing out gathering data and supporting our future and systems. A critical part of those futures systems, though, is going to be their ability to operate autonomously. In collaboration with industry, the Navy is developing autonomy standards for software development … called the Unmanned Maritime Architecture,” Capt. Scot Searles, Unmanned Maritime Systems program manager, told an audience at the recent 2022 Sea-Air-Space symposium.

“We're working with [Naval Air Systems Command] more in Project Overmatch and on a command control system, and we're doing all that to leverage the common infrastructure processes and help develop the unique control software,” Searle said.

The operational vision with both drone prototyping and its connection to Project Overmatch is to, for example, engineer a force-wide, multi-domain ability to connect surface warships with aerial drones, surface unmanned systems, and even undersea platforms. Should a platform receive navigational and targeting information faster than an enemy, the Navy would be in a position to gain a measurable tactical advantage in maritime warfare.