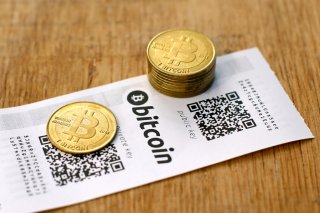 The Central African Republic (CAR) has adopted Bitcoin as legal tender, making it the first African nation—and the second country in the world, after El Salvador—to do so.

Last week, after the law’s unanimous approval by the country’s parliament, Central African Republic president Faustin-Archange Touadera signed the law into effect. “The president supports this bill because it will improve the conditions of Central African citizens,” Touadera’s chief of staff, Obed Namsio, told Reuters, adding that the adoption of Bitcoin marked “a decisive step toward opening up new opportunities for our country,” although he did not specify how Bitcoin would assist with these opportunities.

Prior to the bill’s approval, the Central African Republic used the CFA franc, a colonial-era currency used by many of France’s former colonies in West and Central Africa. Critics of this arrangement have argued that the use of the franc, which is pegged to the euro, deprives developing nations of the ability to conduct independent monetary policy and allows France to make changes to African economies by allowing the euro to appreciate or depreciate. Several West African nations have moved toward implementing a replacement currency, the “eco,” although none have yet finalized this transition.

However, the implementation of Bitcoin has also engendered controversy, with two former prime ministers objecting to the adoption in a letter published last week. The prime ministers noted that the change had been made without consulting the Bank of Central African States (BEAC), a central bank with authority in six Central African states, including the CAR. The bank later claimed that it had “learned at the same time as the public” about the adoption of Bitcoin, and had not yet drafted a response.

Cryptocurrencies have received a mixed reception in Africa, with several nations exploring their use as an alternative financial tool. The central bank of Nigeria banned Nigerian banks from conducting cryptocurrency transactions in early 2021, but it launched its own digital currency, the eNaira, that October. South Africa and Tanzania have also pursued regulations of crypto transactions, although the decentralized nature of blockchain technology has made these regulations difficult to implement.

The first country in the world to adopt Bitcoin as an official currency, El Salvador, adopted it with great fanfare in September 2021. In the eight months since, however, most Salvadorans have continued to use traditional currency, and a study conducted by the National Bureau of Economic Research concluded that “usage of bitcoin for everyday transactions is low and is concentrated among the banked, educated, young, and male population.”

It is unclear whether similar dynamics would apply in the Central African Republic, which is consistently ranked as one of the poorest and least developed nations in the world.