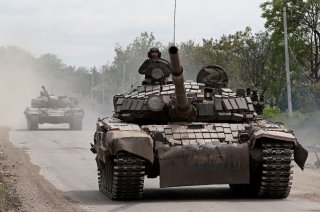 Kyrgyz, Uzbek, and Tajik authorities have warned citizens working as migrant laborers in Russia against joining the Russian military as it undergoes a new mobilization drive nearly seven months into the Russo-Ukrainian War.

“The embassy urges Kyrgyz citizens to immediately notify the diplomatic representation of the Kyrgyz Republic in the Russian Federation if they receive documents calling them to join any military operations,” read a statement issued on September 21 by the Kyrgyz embassy in Moscow, according to RFE/RL. The Uzbek Prosecutor-General's Office published a statement on the same day noting—without explicitly naming Russia—that it is illegal for Uzbek citizens to participate in the armed conflicts of foreign states. “Accordingly, we call on our compatriots living in foreign countries not to join the armed forces, not to participate in military operations, and we warn once again that such actions are the cause of criminal liability,” the agency wrote on Telegram. A similar notice, invoking “criminal liability” for compatriots “participating in hostilities on the territory of foreign states,” was published by the Tajik embassy in Moscow.

Russian president Vladimir Putin gave a speech on Wednesday announcing the partial mobilization of the country’s military, with Defense Minister Sergei Shoigu adding that as many as 300,000 reservists will be called up under the new order. The decision comes shortly on the heels of a successful Ukrainian counteroffensive in the northeastern Kharkiv region.

There have been reports in prior months of Central Asian migrant laborers being enticed with offers of Russian citizenship and comparatively high salaries to fight in Ukraine. However, it remains unclear how widespread these alleged efforts are and how many laborers have been recruited in this way. Local media outlets in Central Asia reported on the deaths of several Tajik and Kyrgyz men who fought in Ukraine on the Russian side, in March, according to The Diplomat. Per Ukrainian media reports, two Uzbek troops were captured near Balaklia during Ukraine’s northeastern counteroffensive. Uzbekistan’s embassy in Ukraine urged against disseminating “unverified” claims and said in a statement that it is investigating the incident in collaboration with Ukraine’s Foreign Affairs Ministry.

Central Asian guest workers in Russia do not fall under the Kremlin’s partial mobilization decree, which only applies to reservists with combat experience and a relevant military specialty. However, observers have raised concerns that the order could be a stepping stone to a broader mobilization program. In Russia, there are over four million Central Asian labor migrants—composed in large part of young men working in the construction, transportation, and agriculture sectors—in Russia.