China Calls for Ceasefire in Ukraine After Russian Mobilization 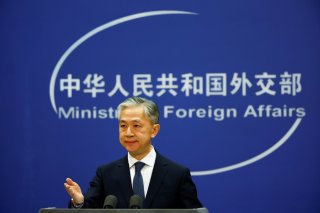 A spokesman for China’s foreign ministry urged Russia and Ukraine to reach a “ceasefire through dialogue” on Wednesday after Russian leader Vladimir Putin announced a partial mobilization of Russia’s conscripted reservists—a step that could mark an escalation of the Russian invasion and has already led to protests in Moscow and Saint Petersburg.

“China calls on relevant parties to properly resolve their differences through dialogue and consultation, and is willing to work with the international community to continue to play a constructive role in de-escalating the situation,” he added.

The foreign ministry’s statement comes only one day after Putin announced the partial mobilization, which he emphasized was necessary in order to preserve Russia’s security against the “collective West.” The Russian leader also pledged to support referendums in Ukraine’s Russian-occupied territories formalizing their annexation by Moscow, a step that most Western observers have condemned as a grave violation of Ukraine’s territorial integrity and the principles of the United Nations Charter.

Throughout the conflict, Beijing has refused to either support or condemn the Russian invasion. Instead, Chinese officials have issued carefully-tailored statements calling for the war’s resolution through diplomacy in ways that addressed Russia’s “legitimate security concerns.” Outside of the conflict, however, Beijing has strengthened its “no limits” partnership with Moscow, and many Chinese commentators have condemned the eastward expansion of NATO and described it as the war’s main cause. The country’s censors have favored this perspective on the Chinese internet, although some Chinese netizens also made disparaging comments about the Russian military after Ukraine’s victories near Kharkiv and its recapture of Izium in early September.

Earlier in the month, Chinese president Xi Jinping met with Putin in Samarkand, Uzbekistan, on the sidelines of a Shanghai Cooperation Organization (SCO) summit. During their meeting, the two leaders called for the establishment of a new “international order” intended to challenge the dominance of the United States and the European Union.