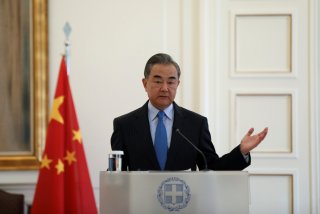 Chinese foreign minister Wang Yi, who led the virtual meeting from participant nation Fiji, attempted to reassure his counterparts that Beijing supported “the common development and prosperity of China and all the other developing countries,” arguing that this would lead to “great harmony, greater justice and greater progress of the whole world.” Wang emphasized that China had been active in development efforts on other continents, including Africa and South America, and its actions had led to successful economic development and higher living standards.

However, the diplomatic discussions, which took place behind closed doors, appeared to have failed to convince the nations in attendance to adopt the pact. After the talks concluded, Wang and Prime Minister Frank Bainimarama of Fiji spoke to the press for roughly thirty minutes, then ended the meeting without answering any questions. In his remarks, Wang suggested that the nations had reached agreements in five areas, including economic recovery from the Covid-19 pandemic, but suggested that further discussions were needed to resolve outstanding issues.

While Bainimarama did not directly address the outcome of the meeting in his remarks, he underlined the unity of the Pacific nations and criticized what he characterized as distractions from the Pacific’s urgent problems.

“As always, we put consensus first among our countries throughout any discussions on new regional agreements,” the prime minister said. “Geopolitical point-scoring means less than little to anyone whose community is slipping below the rising seas, whose job is being lost to the pandemic, or whose family is impacted by the rapid rise in the price of commodities.”

The proposed agreement, outlined in a draft communique circulated by Beijing in advance of the talks, suggested that Chinese officials would train local police, explore natural resources, conduct oceanography studies, and become involved in cybersecurity efforts in each nation. It also provided for a free-trade agreement and a plan to jointly address climate change—a significant concern for many small Pacific countries endangered by rising sea levels.

However, concerns also circulated before the meeting that the pact would lead to tensions with Australia and the United States. Alarm over China’s growing activity in the Indo-Pacific region has motivated the United States and Australia to counteract China through new security agreements such as the “AUKUS” security pact and the “Quad” alliance.

In a leaked letter, David Panuelo, president of the Federated States of Micronesia, argued that the agreement would “threaten … to bring a new Cold War era at best, and a World War at worst.”