China Has Big Plans for a New Stealth Fighter by 2035 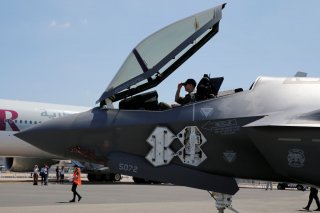