China Has a New Plan to Hunt and Kill Navy Submarines 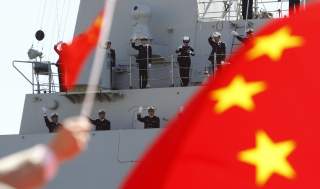