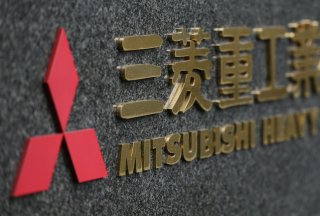 Britain and Japan are teaming up to build a six-generation fighter engine, according to a press statement issued by Britain’s defence ministry.

“Work on the joint engine demonstrator will kickstart early next year, with the UK investing an initial £30 million in planning, digital designs and innovative manufacturing developments,” read the statement. The document added that a further two hundred million pounds sterling will go toward developing a “full-scale demonstrator power system,” noting that the joint development effort is part of the UK’s sweeping four-year, £2 billion investment into a next-generation fighter platform.

“Designing a brand-new combat air system with a fighter aircraft at its heart is a highly ambitious project so working with like-minded nations is vital,” said UK Defense Secretary Ben Wallace. “Building on the technological and industrial strengths of our two countries, we will be exploring a wide-ranging partnership across next-generation combat air technologies.” British manufacturers Rolls-Royce and BAE Systems will be among the companies taking part in the joint effort.

Japan’s Mitsubishi Heavy Industries (MHI) and IHI Corporation will be participating in the project as part of the country’s F-X program, which encompasses plans to replace just under one hundred Japanese Mitsubishi F-2 multirole fighter jets. London and Tokyo have previously collaborated on the Joint New Air-to-Air Missile (JNAAM) program, an effort to design an advanced long-range missile that could be used in both Japanese and British F-35 fifth-generation stealth fighters. The engine project is scheduled to kick off next year following an initial engine viability study. The two countries will reportedly explore opportunities for further partnerships on defense sub-components throughout 2022. It was revealed last year that Sweden and Italy had joined the Future Combat Air System effort, with the project’s active development phase scheduled to commence in 2025.

The press statement couched the joint project in the context of a broader British effort to expand London’s presence in the Indo-Pacific region. “Strengthening our partnerships in the Indo-Pacific is a strategic priority and this commitment with Japan, one of our closest security partners in Asia, is a clear example of that,” Wallace said. Earlier this year, the UK entered into the AUKUS trilateral security pact with Australia and the United States. The pact, which involves the sale of nuclear submarine technology to Australia and a wide array of other military-technical cooperation opportunities between the signatories, is seen as a geopolitical bid to contain the growth of China’s influence in the Asia-Pacific region. Previously loath to provoke China’s ire, Japanese officials have become increasingly vocal in their support for Taiwan as military tensions flare between Taipei and Beijing.