China: Taiwan Has ‘No Right’ to Join the UN 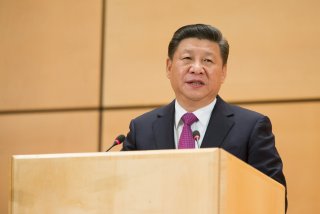 The Chinese government in Beijing strongly pushed back against Taiwanese participation in the United Nations after U.S. Secretary of State Antony Blinken floated the idea of a greater role for the island quasi-nation.

Taiwan, officially the “Republic of China” which ruled mainland China from 1912 until 1949, held China’s UN seat until 1971 when it was replaced by the People’s Republic of China. Since 1971, Taiwan has held no role at the UN, owing in large part to Chinese influence.

However, tensions over the issue of Taiwan at the United Nations were once again raised on Tuesday after Blinken argued in a statement that Taipei should have a greater role at the UN, as a “pragmatic” measure rather than a political one.

“We encourage all UN member states to join us in supporting Taiwan’s robust, meaningful participation throughout the UN system and in the international community,” Blinken’s statement read.

Blinken’s comments came after a meeting between U.S. and Taiwanese diplomats on Friday, October 22. The two sides discussed Taiwanese integration into the UN and how the island could meaningfully contribute to international affairs.

However, Beijing was quick to respond, as Ma Xiaoguang, spokesman for the People's Republic of China’s “Taiwan Affairs Office,” insisted that the island had “no right to join the United Nations.”

Xiaoguang clarified his remarks by arguing that the UN was “an international governmental organization composed of sovereign states”—and that Taiwan, as “a part of China,” was not a sovereign state.

The U.S. position on Taiwanese sovereignty has remained intentionally ambiguous for the past forty years, as the United States has agreed in principle that there is only “one China,” but does not specify whether Taipei or Beijing represents its rightful government.

Beijing has recently increased pressure on Taipei through increasing military posturing, including simulated beach invasion exercises on the mainland and the flight of roughly 150 aircraft into Taiwan’s “air defense identification zone” (ADIZ) in early October.