China vs. America: A Submarine Showdown in the South China Sea? 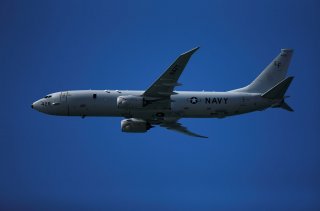 The Chinese have been operating KJ-500 airborne early warning and control systems and KQ-200 Y8 sub-hunting aircraft in the South China Sea area, according to the Global Times.

Citing Taiwanese media reports pointing to satellite images, the Global Times quotes Chinese experts saying “China has the right to deploy defensive weapons there, according to the military threats China is facing.”  While it notes that Chinese officials have not formally confirmed the missions, the report quotes Chinese leaders emphasizing the country’s right to defend its national security interests.

Satellite images of Chinese weapons and surveillance operations in the South China Sea are by no means unprecedented, as they have previously been identified on numerous occasions. At one point there were multiple reports of Chinese artillery, rockets and land war assets being placed in the South China Sea, as well as reported satellite images of fighters being placed in the island region. Years ago, U.S. Poseidon P-8 surveillance planes detected phony island-building, or “land reclamation” in the area, at times identifying overt Chinese efforts to build airplane landing strips on newly added territories.

Given all this, as part of a commensurate counter-effort, the United States has been continuing Chinese sub-hunting patrols with its Poseidon P-8 surveillance plane in the South China Sea area. It takes little imagination to envision ways its advanced sensors, sonobuoys and weapons could function as part of a containment strategy against Chinese expansion⁠—and even operate as a deterrent against China’s growing fleet of nuclear-armed ballistic missile submarines (SSBN).

The extent of the Y-8s anti-submarine technology may remain somewhat of a mystery, as it may or may not effectively rival the new, upgraded U.S. P-8 Poseidon. Alongside ISR-enabled SSN attack submarines, the Poseidon seems well-positioned to help perform the U.S. SSBN sub-hunting mission for a number of reasons. Not only is the P-8’s 564 mph speed considerably faster than the P-3 Orion it is replacing, but its six additional fuel tanks enable it to search wide swaths of ocean and spend more dwell-time patrolling high-threat areas. Navy developers explain the Poseidon can operate on ten-hour missions at ranges out to twelve hundred nautical miles. More dwell-time capacity, fortified by high-speeds, seems to position the Poseidon well for covering wide areas in search of “hidden” Chinese SSBNs.

By lowering hydrophones and a magnetic compass to a predetermined depth, connected by cable to a floating surface radio transmitter, Poseidon sonobuoys can convert acoustic energy from the water into a radio signal sent to aircraft computer processors, according to a June 2018 issue of “Physics World.”