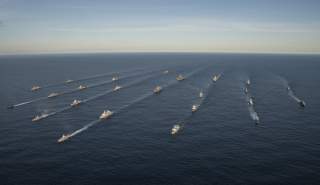 Things seem to get worse, as the authors articulate that “U.S. and allied forces must be able to operate with only localized domain control,” a scary thought to say the least.

Harry J. Kazianis is Defense Director at the Center for the National Interest. You can follow him on Twitter @Grecianformula.