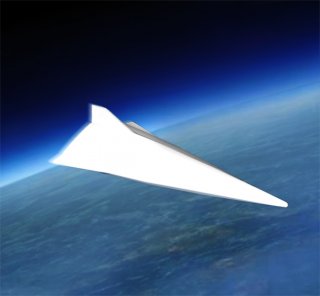 China has reportedly tested a new nuclear-capable hypersonic missile, eliciting a wave of alarm in Washington.

The test, conducted in August, allegedly involved the launch of a hypersonic glide vehicle. According to sources briefed on the post-launch intelligence assessment, the missile missed its target by about twenty-four miles. Nevertheless, the test showed that Beijing is much farther along in the development of key hypersonic weapons technologies than previously assumed by U.S. officials. “We have no idea how they did this,” a source familiar with the test told the Financial Times.

It is unknown when the Chinese military began work on this particular project. Hypersonic glide vehicles (HGVs) are one of two primary categories of hypersonic weapons, the other being hypersonic cruise missiles.  HGVs are launched from a regular rocket booster before separating to glide toward their target—their sheer speed and unpredictable flight path make them exceedingly difficult to track and destroy, posing a salient threat to current U.S. missile defenses. “We just don’t know how we can defend against that type of technology. Neither does China or Russia,” Robert Wood, the U.S. disarmament ambassador, told reporters in Geneva.

Some in Washington have interpreted the test as yet another sign that the U.S. military is at risk of falling behind its great-power competitors in key nuclear weapons technologies. “It is a first-strike capability and emphasizes the need for us to continue our modernization program apace,” a senior Republican congressional staffer told CNN. “So, it cuts against the narrative that we can reduce the role of nuclear weapons when Russia and China are racing full steam ahead.”

According to other experts, the test does not necessarily alter the current U.S. understanding of Chinese strike capabilities. “This is no Sputnik moment—partly because it’s not entirely clear what was tested, but mostly because the threat of a Chinese nuclear attack on the United States isn’t remotely new,” wrote James Acton, co-director of the nuclear policy program at the Carnegie Endowment for International Peace.

“My advice today is to not overreact to the system,” Jeffrey Lewis, a professor and nuclear weapons expert at the Middlebury Institute for International Studies, told CNN. “China already has 100 nuclear weapons that can target the United States and I can live with that fact. That’s nuclear deterrence.”

Beijing acknowledges that a launch took place in the rough time span indicated by the original Financial Times report, but insists that it was a routine test of non-military reusable spacecraft technology. “This was not a missile, this was a spacecraft,” said Chinese foreign ministry spokesman Zhao Lijian earlier this month. “This is of great significance for reducing the cost of spacecraft use.”