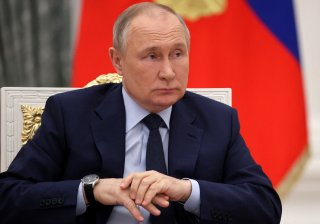 Russia’s RBC news outlet reported earlier this week that UnionPay, China’s largest payment processing service, ended its operations in Russia over concerns that continuing to work in the country could lead it to run afoul of Western sanctions. For Russia, this cuts off a potential alternative to U.S.-based payment processors, such as Visa and Mastercard, that withdrew from the country in the early days of Russia’s invasion of Ukraine.

UnionPay’s withdrawal primarily affects Sberbank, Russia’s largest commercial bank, although RBC noted that smaller banks, including Alfa Bank and Promsvyazbank, would also be negatively affected by the withdrawal of service. The report cited five anonymous officials within Russia’s banking sector, although it did not identify which banks they worked for.

Prior to the Russian invasion, Sberbank had worked with Visa and Mastercard to provide credit services to Russian customers. However, both countries pulled out of Russia immediately after the announcement of the “special military operation,” leaving Russian banks scrambling to find alternatives.

UnionPay’s decision to withdraw from Russia was motivated by a fear that the company could be affected by “secondary sanctions,” according to the Russian network. Secondary sanctions, an extension of primary sanctions directly affecting a hostile country, restrict the ability of third countries to trade with the hostile country. For instance, China largely refrained from trade with Iran prior to the signing of the 2015 nuclear deal over concerns that Chinese companies could become the target of sanctions if they continued to conduct business in Iranian markets.

Since 2015, UnionPay has been the largest payment processing system in the world, but the overwhelming majority of its users live in China, with limited accessibility abroad. As both Russia and China’s relations with the United States have become more strained, Moscow and Beijing have grown closer together. The two countries’ leaders declared during the 2022 Winter Olympics in Beijing that the Sino-Russian partnership had “no limits.”

However, China has constrained its reaction to the Russian invasion of Ukraine and has refused to condone Moscow’s actions. Although Chinese media outlets have echoed Russian claims that NATO provoked the war, Beijing has abstained from most Russia-related United Nations votes and called for an end to the conflict.