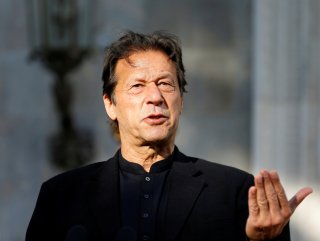 Former Pakistani prime minister Imran Khan, who was dramatically ousted from power earlier in the year after a vote of no confidence approved by the country’s Supreme Court, called for the country’s national elections to be advanced after his Pakistan Tehreek-i-Insaf (PTI) party won a decisive victory in local elections in Punjab, Pakistan’s largest province.

The local election—framed by both the PTI party and the competing Pakistan Muslim League-Nawaz (PML-N) as a referendum on the leadership of Khan’s successor in office, Prime Minister Shehbaz Sharif—resulted in a massive win for the PTI, which secured fifteen of the twenty contested seats and gained a majority in the provincial legislature. Four of the twenty seats went to the PML-N, which had formerly governed the province, while one seat was won by an independent.

Khan’s decisive win in the Punjab election—held after twenty members of the PTI abandoned their support for Khan, leading the country’s electoral commission to disqualify them from office—appears to be a positive sign for his chances of reclaiming the prime ministership in 2023, when Pakistan’s next general election is scheduled to take place.

“The only way forward [for Pakistan] is to hold free and transparent elections,” Khan wrote on Twitter after the results were announced, in an apparent call for the national vote to be moved forward. “Any other way will only lead to increased political uncertainty and further economic chaos.”

In the months since his removal from office, Khan has toured Pakistan, holding well-attended rallies and claiming that his ouster was the product of a conspiracy led by the United States—an accusation that PML-N leaders and U.S. State Department officials have categorically denied. The former prime minister was forced from office after several PTI-allied parliamentarians defected and agreed to oppose Khan following economic upheaval, including persistent double-digit inflation and a negative balance of trade. Roughly half of Pakistan’s government spending is now devoted to servicing existing debts, and officials in Islamabad have pushed the international community for debt restructuring and further aid in order to prevent a deeper catastrophe.

Although Sharif has made efforts to reform the Pakistani economy during his time in office, these reforms have led to backlash in some areas and increased Khan’s popularity. In order to arrange a $7.2 billion bailout from the International Monetary Fund (IMF), the prime minister agreed to end fuel subsidies, leading to a fifty percent increase in the price of gasoline and sparking popular protests against the new administration.