Congress Pushes for Emergency Funding for Ukraine During Crisis 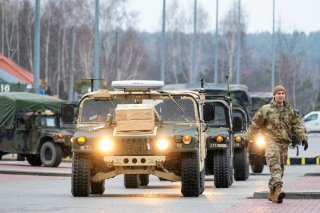 As Russian forces take the first steps in what Western governments fear could escalate into a large-scale invasion of Ukraine, U.S. and European lawmakers rush to approve further funding measures for Kiev.

American lawmakers announced on Tuesday that emergency legislation is in the works to support Ukraine following Moscow’s decision to recognize the breakaway Donetsk and Lugansk People’s Republics (DPR and LPR) in the country’s eastern Donbas region. The Kremlin announced plans to deploy a “peacekeeping” force in Donbas, with Russia’s upper house of parliament voting on Tuesday to authorize Russian president Vladimir Putin to use military force outside of Russia.

“I’ve been on the phone with Democratic senators for the last two days. We’re talking about an emergency supplemental to be created next week,” Sen. Lindsey Graham (R-S.C.) told reporters, according to Defense News.

Congressional Democrats and Republicans are signaling support for a bipartisan funding package that could expand the scope of U.S. weapons deliveries to Ukraine.

“We must also stand by the brave Ukrainians fighting to protect their sovereignty,” Senate Minority Leader Mitch McConnell (R-Ky.) said. “The United States and all friends of Ukraine must ensure a pipeline of support, including arms, flows to Ukrainians resisting Russian aggression. We must also shore up NATO’s defenses along its eastern flank and make clear that aggression against NATO countries will be met with an overwhelming collective response.”

Earlier this week, EU foreign ministers approved an emergency aid package to Ukraine totaling  €1.2 billion. The assistance will span twelve months, with the first tranche of €600 million to be disbursed “swiftly.” The second tranche will reportedly be linked to certain domestic reforms in energy and rule of law.

President Joe Biden reiterated on Tuesday that Washington has “no intention of fighting Russia,” but the Biden administration has dispatched some 5,000 troops to Germany and Poland to bolster NATO’s eastern flank to support allies.

The Department of Defense announced a new round of deployments in eastern Europe, including fighter jets, attack helicopters, and additional infantry troops following Russia’s decision to recognize the separatist republics.

“These additional personnel are being repositioned to reassure our NATO allies, deter any potential aggression against NATO member states, and train with host-nation forces,” a Department of Defense press release said. “They will report to General Tod Wolters, Commander, U.S. European Command.”

Biden said on Tuesday that Washington’s most recent deployments in eastern Europe were prompted by “Russia’s admission that it will not withdraw its forces from Belarus,” characterizing the troop transfers as “totally defensive.” Belarusian defense officials announced earlier this week that the Russian forces stationed in Belarus for joint exercises will remain there indefinitely.