Cord Cutting Takeover: More Than 30 Percent of TV Viewing Was Streamed in April 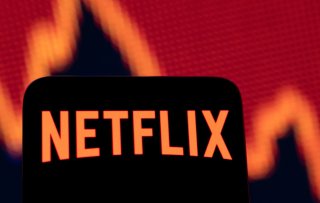 Nearly a third of TV viewing in the U.S. was streamed in April, the most ever and the first time that metric has exceeded 30 percent. That’s according to the Gauge, a monthly report put out by Nielsen.

Of the total viewing in April, 36.8 percent was cable, 30.4 percent was streaming, and 24.7 percent was broadcast, with “other” taking up the additional 8.2 percent. Of the streaming viewing, Netflix, despite its troubles, led with 6.6 percent, while YouTube was second with 6.1 percent. Hulu entered third with 3.3 percent, and Amazon came in fourth with 2.5 percent. Disney+ recorded 1.7 percent, and HBO Max, in its first time in the survey, reached 1 percent.

The category of “other streaming” actually led each service, with 9.2 percent. According to the methodology, “streaming platforms listed as ‘other streaming’ includes any high-bandwidth video streaming on television that is not individually broken out.” This presumably includes Paramount+, Apple TV+, and Peacock. Both YouTube and Hulu’s numbers include their vMVPD services, YouTube TV, and Hulu+ Live TV.

Brian Fuhrer of Nielsen discussed the results in the release. “At a high level, April is a month where usage kind of flattens off a little bit,” he said. “But, as we look across the different categories, broadcast, cable, and ‘other’ all were down, but streaming was just about flat. As a result, a new record for streaming, 30.4 percent share of overall television.”

Fuhrer added that the “big news” for the month was HBO Max hitting the 1 percent mark. He also said that Peacock and Apple TV+ both had a strong performance in the month of April.

The company had more to say in a press release announcing the results. “Broadcast viewing was down 3% in April and lost 0.2 share points from March, driven by a nearly 15% decrease in content from the Drama genre as season finales began to air, in addition to a 38% drop in sports on broadcast networks. Broadcast news viewing remained flat compared to March,” Nielsen said.

“Cable also lost 0.2 share points in April and saw a month over month usage decline of 2.5%. While sports viewing on cable increased 17% from March, driven primarily by both the NBA playoffs and the NCAA Final Four, cable news saw its first downward trend in several months (-16.9%) which hampered cable's overall share.”

After a few years in which there were few reliable ways to measure streaming audiences, Nielsen launched The Gauge back in mid-2021. The same company also offers weekly streaming charts each week.