Coronavirus Chaos: Is a Nationwide Curfew on the Horizon? 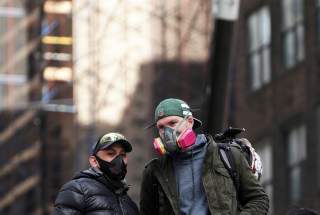 CNN reports that there are discussions occurring inside the White House about a proposed national curfew, which would restrict the times Americans would be permitted to leave their homes, and close all nonessential businesses, including shopping malls, restaurants, and bars. This would be the latest attempt at preventing the continued growth of the coronavirus pandemic. Both the White House’s deputy press secretary, Judd Deere, and Vice President Mike Pence’s spokeswoman Katie Miller denied that the option was on the table. Pence was placed in charge of the coronavirus response team last month.

The hypothetical curfew would not be federally imposed. Instead, it would be merely suggested as the correct path. The decision to implement it and oversee it would be done by state and local authorities, due to the size of the United States (nearly 330 million people over 3.8 million square miles).

So far, the Trump administration has been loath to suggest any measures of that magnitude, fearful of the potential economic cost and the impact that might have on Trump’s reelection efforts. Their denial fits with this administration’s pattern of behavior.

Even though the entire nation might not go on lockdown, that has not prevented specific areas from implementing mandatory lockdowns. On Saturday, Ravinder Bhalla, the mayor of Hoboken, New Jersey, announced mandatory closings and a curfew within the city’s jurisdiction. Residents would no longer be permitted to leave their homes between the hours of 10 p.m. and 5 a.m. The first case of coronavirus in the city had been discovered days earlier.

Hoboken preceded the rest of the state. This morning New Jersey Gov. Phil Murphy extended the curfew to the rest of New Jersey’s nine million people, with the time now placed between 8 p.m. and 5 a.m. No nonessential businesses, for example, grocery stores or pharmacies, are permitted to remain open during those hours. Murphy also announced the closure of all public and private schools in the state, including universities and colleges. These restrictions will remain in place until lifted by the government.

The United States territory of Puerto Rico also recently announced a curfew, which is in effect from 9 p.m. until the next morning. Unlike the open-ended curfew in New Jersey and other American cities, the one in Puerto Rico is currently scheduled to be lifted on March 30. There are currently five cases of the coronavirus on the island.

The only western country to implement something on even a comparable level is Italy, which one week ago announced restrictions nationwide, including a 6 p.m. curfew. The measure is being enforced by police, who are issuing expensive tickets to citizens found outside their homes. Italy has a population that is more than five times smaller than that of the United States.

This past weekend, the United States saw large gatherings in major cities continue as planned, with many Americans spurning the recommendation that they stay home.