The Coronavirus Economic Crisis: The Next Great Depression? 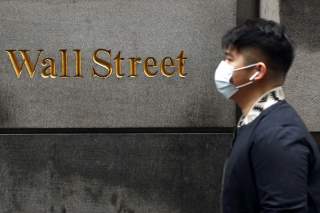 The coronavirus pandemic may prove to be the worst economic calamity to hit the United States in its history. Attempts to stop the spread of the virus has led to a national state of emergency, with mass closures of business across the country, whether voluntary or not. Thousands have already been furloughed or outright fired by companies unable to pay them for the duration of the crisis, and the stock market has hit a thirty-year low.

The unemployment rate prior to this crisis, which has been the Trump administration’s crown jewel in his argument for reelection, has consistently been 3.5%, the lowest average in fifty years.

The full damage of the closures is expected to become apparent in April, when total unemployment numbers start to come in. Forecasts by economists range from 500,000 to five million added to the dole. 281,000 people applied for unemployment benefits last week, which is up from 211,000 the week prior. The New York Times reports that the U.S. Labor Department has asked states to be vague about their number announcements, in an attempt to stem public panic.

For comparison, the worst month of the 2007 to 2008 economic crash and recession saw unemployment his a total high of 800,000 in one month. While this new potential new depression is unlikely to hit the 24.5% unemployment rate of the Great Depression of the 1930s, Secretary of the Treasury Steven Mnuchin has informed Congress that unemployment this year could hit as high as 20%.

“We never imagined we’d write anything like this,” Ian Shepherdson, chief economist at Pantheon Macroeconomics, told CNBC. Shepherdson represents the far edge of the predictive range, foreseeing the five million job loss in April. “The shock will be so great that it will leave policymakers with no choice but to pass much more stimulus than is currently under discussion.”

Mnuchin is also calling for stimulus, and said it was the only way to prevent warning about unemployment. The number he’s suggesting is over a trillion dollars.

The perception that spending can lead to recovery in a recession is the theory put forth by Keynesian economics, which is considered the mainstream in the discipline. Under the theory, articulated by John Maynard Keynes in the 1930s, is that demand drives an economy. If an economy slows, whether through the unexplainable “animal spirits” of investors or through a virus, it is massive spending that will restart growth. This spending is typically carried out by government debt.

Critics of this theory counter that it is production that drives an economy, not demand. Spending does not create usable resources, only savings do. The focus of recovery should be letting bad investments fail naturally, while cutting spending and managing debt so productivity is allowed to increase. Or else, these economists warn, in the long-run debt spending will destroy the country.

“In the long run we are all dead,” replied Keynes.