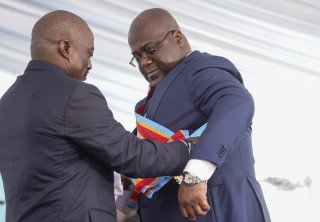 The Platform to Protect Whistleblowers in Africa, a French anti-corruption organization, has obtained 3.5 million leaked financial documents detailing the payment of at least $138 million to the family and associates of former Congolese leader Joseph Kabila.

The project, called “Congo Hold-Up,” has been released in concert with investigative journal Mediapart. The journal assisted a consortium of European nongovernmental organizations in analyzing the documents for more than six months and ultimately revealed that Gabon’s “Banque Gabonaise et Française Internationale,” or BGFI, had helped to transfer millions from Congo-based companies, including copper and cobalt mines owned and operated by Chinese developers, into the accounts of individuals and companies connected to Kabila.

BGFI is well-connected in Central Africa, with branches in ten African countries and France. Its local branch in Kinshasa opened in 2010, with Gloria Mteyu, Kabila’s sister, given a 40 percent stake, according to the documents. Additionally, Selemani Francis Mtwale, Kabila’s foster brother, was appointed to a position at the bank. Later documents revealed that Mteyu had not paid for her stake in the bank.

During the siblings’ tenure, nearly $100 million was funneled directly to Kabila-linked accounts from Congo’s central bank, and tens of millions arrived from other sources, including $20 million from Gecamines, Congo’s state-owned mining company.

Ultimately, Mtwale was forced out of BGFI in 2018. After his ouster, the bank’s managers attempted to freeze the account of a firm linked to the Kabila family. However, other officials within the bank overruled that decision, and large cash withdrawals escalated in 2018, as pressure increased on Kabila to step down from the country’s presidency.

After pressure from the United States and the international community, Kabila stepped down as Congo’s president in 2019 after eighteen years in office. In the eight months leading up to the transfer of power, the final $30 million associated with his family was withdrawn prior to the inauguration of Congo’s current president, Felix Tshisekedi.

Congo, the second-largest country in Africa after Algeria, has a population of roughly 100 million people and immense natural resources, particularly valuable minerals including copper, cobalt, and coltan. In spite of this, the country is extremely poor and underdeveloped; the government’s annual expenditures never exceeded $5 billion during Kabila’s presidency. Kabila’s net worth has been variously estimated from tens of millions to billions of dollars in a country where the GDP per capita is roughly $2,000.