Could Hitler Have Invaded America? Not Without Alien or Divine Intervention 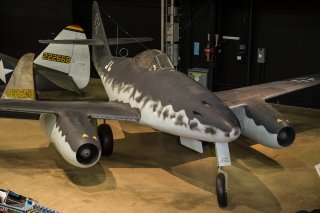 It is a common theme in science fiction and "what if" – or alternative history – stories: the swastika banner of the Third Reich flies over the White House. Typically these stories are vague on how Germany was able to achieve victory over the United States, and usually, it involves some superweapons such as the atomic bomb. Yet, even with such a weapon Germany likely couldn't have successfully invaded the United States.

Just ask Napoleon about invading Russia, because Hitler wasn't the only unsuccessful despot who thought he could take on the Russian bear only to end up in the inevitable retreat back across the steppes! The Teutonic Knights, the Poles, the Swedes, and others found out that this is biting off more than most can chew, and that only involved marching an army across vast open spaces – keyword being vast, of course.

The British Isles have been even trickier. No power has successfully invaded since 1066 when William the Conqueror defeated Harold II, the last crowned Anglo-Saxon king of England. And that only involves crossing the English Channel or the North Sea. But without control of the skies, the UK couldn't be invaded.

The United States presents some bigger issues. While there was an invasion by the British during the War of 1812, which did result in the burning of the White House, the British came from Canada, and more importantly, largely controlled the sea routes.

Germany never controlled the seas, nor could it. So unless Great Britain and the Soviet Union were "knocked out" of the war, the best Hitler could have likely hoped for was a negotiated peace. While Germany did land a handful of sabotage agents via U-Boat, there was simply no way of bringing an army across the sea.

To mount a successful invasion would have required a forward staging base – such as how the U.S. Army was able to deploy not from America but from Great Britain. In the First World War, it is true that Germany tried to bring Mexico into the war, and there have been debates about whether Germany could have mounted an invasion through the hypothetical southern ally, but it still would have needed to get the men across the Atlantic.

Then there is the fact that any invading force could have faced an army many times the size of its own. Even if Germany could have gotten enough men to America it is doubtful it could feed them. The main problem would have been supplies and the German Army could barely get enough supplies to the front during its invasion of the Soviet Union.

Moreover, American resistance would be in a word, "fierce." As Humphrey Bogart's character Rick says in the movie Casablanca to the German Major Strasser, "there are certain sections of New York, Major, that I wouldn't advise you to try to invade."

The only hope Germany might have had was to beat America to the atomic bomb, but there is a debate as to whether it could have even developed such a weapon. The PBS series NOVA noted that Germany did devote huge amounts of resources to build rockets, jet planes and other forms of deadly military technology, but its leaders didn't really try to develop an atomic bomb.

In a terrifying "what-if" scenario, the Germans could have possibly developed such a weapon. Recent studies have shown that the Germans had the ability to develop such a "superweapon," but would it have resulted in a Germany victory isn't as clear.

It could have destroyed Moscow for sure, and it is likely the Nazis might have used it on London to knock out the UK. But Germany lacked the bombers to reach New York or Washington, D.C. – and while it could have possibly deployed the weapon via U-Boat it is still unlikely that would have broken the American resolve.

Instead, America might have put every effort into the nuclear annihilation of Germany.

The only possible way for a German nuclear victory was if the United States had no Manhattan Project of its own. In that scenario then perhaps the U.S. comes to the peace table.

But that's still not technically an invasion.

For that to be possible would have required a very different "what-if" and the only possibility would require a very different chain of events, perhaps one that involved British Fascist Leader Sir Oswald Mosley achieving power in the UK, and joining Nazi Germany in a war against the Soviet Union before turning its attention to the "decadent capitalists" in America. In such a case an invasion from Canada would have been possible, but that would have been as much a British invasion as a German one.

Failing that, it would take a sci-fi twist involving aliens, time travelers or near-supernatural powers for any German mounted invasion to have succeeded.

What VE Day Can Teach Us About Confronting the Coronavirus