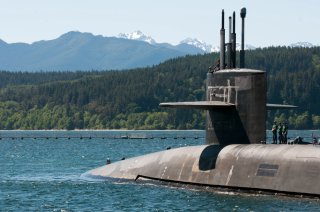 The U.S. Navy has conducted the first in-water test of its Extra Large Unmanned Undersea Vehicle (XLUUV) “Orca,” marking a big step toward the future of naval warfare. The idea of an unmanned undersea vehicle in itself is not ground-breaking per se, but the sheer size, payload capacity, and artificial intelligence-driven autonomy are what make Orca-class a game-changer. The eighty-five-foot-long autonomous underwater system is purpose-built to carry out missions such as underwater surveillance and mine laying operations. The U.S Navy intends to enhance the role and capabilities of Orca-class submarines in the future which includes anti-surface, anti-submarine, and electronic warfare missions. An Orca submarine, capable of operating autonomously underwater for thirty days, hitting the waters in Huntington Beach, California in April 2022 has likely caused a ripple effect already across the world.

Although still in the early phase of operation, the possibilities platforms like Orca offer to militaries are likely to impact and reconfigure maritime warfare. For instance, the features of these underwater robots may seem tactical at first but they have the potential of reorienting the established strategic equations across the oceans. These submarines could become highly instrumental for blocking naval choke points, hampering the sea economy for a particular country, or imposing a Cuban-missile-crisis-style naval blockade. The platform could also be used to deploy highly advanced Hammerhead Mines right into enemy waters without putting any lives at risk.

Since it is just the beginning for these autonomous killers, the possibilities could be endless. Submarines are the most crucial component of nuclear deterrence as they allow nuclear-armed countries to strike back if they come under a nuclear attack or all their land-based nuclear warheads are destroyed. It might be tempting for some countries to arm underwater platforms like Orca with nuclear warheads in the future. Imagine knowing, that nuclear strike is out of the question as autonomous, nuclear-capable submarines might be lurking in the nearest ocean, drastically reducing the retaliatory response time. It might particularly be an alluring thought for countries that are under existential threat as it, theoretically, gives an additional layer of an “assured” second-strike option. However, some psychological and technical constraints might not let the idea of autonomous unmanned nuclear submarines turn into a reality.

Just the idea of an AI-based robot submarine having the discretion to decide when to launch is absurd, to say nothing of all the things that could go wrong. I asked a high-ranking, retired Pakistani military official, who was closely associated with Pakistan’s nuclear program during his service, whether he sees any underwater autonomous platforms to be used in nuclear conflicts down the road. He instantly replied, “No! Nukes are too serious a business and would never be left at the whim of an AI platform, irrespective of whatever new technology emerges.”

Furthermore, AI systems are trained on huge caches of real-life data pertinent to the domain they are being trained for and actual data of a nuclear conflict is practically non-existent. The only nuclear raids at the end of World War II were not a conflict between two nuclear states and hence serve no purpose regarding second strikes. Based on these premises, it could be said with a higher degree of certainty that no rational international actor would combine a completely autonomous platform with the nuclear warheads.

One of the crucial elements of a secure second-strike capability is an early warning of incoming nuclear missiles and launch platforms being communicated to strike back. However, communication with a submerged vessel is one of the most challenging aspects of underwater warfare. The stealth feature of a submarine is only viable if it is underwater as the probability of detection and interception increases when it is closer to the surface. This conundrum of communication while maintaining stealthiness is somewhat addressed by using the extremely low frequency of 3 Hz to 30 Hz.

However, in the case of autonomous unmanned submarines carrying nukes, one can never be sure if the transmitted message is conceived in time and in the manner it was intended. When compared with the potential for autonomous underwater platforms to enhance a country’s deterrence capabilities, the risk and cost, if things go wrong, are simply too high.

Despite having little to no utility in a nuclear standoff, Orca-class submarines are still likely to have a considerable impact on the future of naval warfare. The potency of nuclear weapons is such that the core principles pertinent to their deployment and operation are more or less the same since their advent, regardless of the technology that has exponentially improved since Trinity, the first detonation of a nuclear bomb.

Akash Shah works as a Research Officer at Strategic Vision Institute, Islamabad. His work focuses on developments and militarization in outer space.