Could Russia's MiG-31 Shoot Down Satellites and Fight in the Stratosphere? 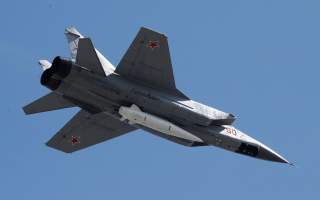 Key point: Russia's MiG-31 is an impressive plane that looks set to only get better. But can Moscow create all the new technologies it wants?

Mark Episkopos is a frequent contributor to The National Interest and serves as a research assistant at the Center for the National Interest. Mark is also a Ph.D. student in History at American University. This article first appeared earlier in 2019.