Could 'Stealth' AIP Submarines Sink the Navy in a War? 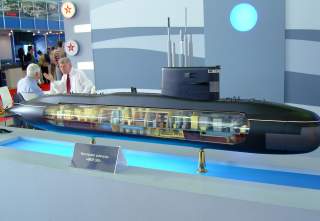 What should the U.S. Navy do about this challenge?

There is no force patrolling the world’s oceans more powerful than the mighty U.S. Navy. Washington’s nuclear-powered attack and ballistic submarines, aircraft carriers and surface combatants, all guided by the best trained sailors and professionals in the world, are no match when stacked up on paper one-on-one against the likes of Russia, China, Iran or any other challenger. And as history shows, going to war against Washington in a fair-fight is suicide.

However, thanks to advances in modern, ultra-quiet conventional diesel-electric submarines, Washington will need to adjust its tactics if it were to tangle with any nation sporting these increasingly sophisticated weapons of war.

Harry Kazianis (@grecianformula) is Director of Defense Studies at the Center for the National Interest.