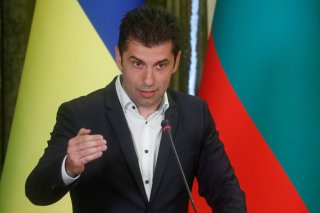 The Bulgarian government announced on Tuesday that it would expel seventy Russian diplomats—more than half of the country’s diplomatic presence within Bulgaria—over espionage concerns, according to Reuters.

Kiril Petkov, Bulgaria’s embattled prime minister, made the announcement at a press conference on Tuesday, declaring that the country’s intelligence services had “identified them [the Russian operatives] as people who worked against our interests.”

“Everyone who works against the interests of Bulgaria will be called upon to return to their country,” Petkov said. “We expect a full 70-seat plane to fly back to Moscow.”

Bulgaria’s foreign ministry set an expulsion date of Sunday, July 3 for the expelled Russian nationals. It also announced that it had summoned Russian ambassador Eleonora Mitrofanova to inform her of the decision, and claimed that it would close Russia’s consulate in Ruse, a city in northern Bulgaria along the Romanian border. The Bulgarian government also announced its intention to close its consulate in the central Russian city of Yekaterinburg, preempting Russian retaliation.

Although Russia’s state-run TASS news agency indicated that the Russian government would soon respond to the incident, it has not yet done so. In previous expulsions in other nations, Russia has responded by expelling an equal number of the other country’s diplomats from its embassy in Moscow, often at random and without regard to their seniority or the importance of their missions.

A former client state of the Soviet Union under longtime communist dictator Todor Zhivkov, Bulgaria has long remained relatively close to Russia, and most Bulgarians continue to view Russia favorably. However, the two governments have grown further apart since 2019, when three Russian citizens alleged to be members of the Russian GRU intelligence agency were prosecuted in absentia for the attempted murder of a Bulgarian factory owner.

Under Petrov, the Bulgarian government has also taken a strong stance against the Russian invasion of Ukraine; the Bulgarian prime minister publicly committed humanitarian aid to Kyiv and fired his defense minister in February after he described the Russian campaign as a “special military operation,” Russia’s preferred phraseology, rather than a “war.” In the early days of the conflict, Bulgaria expelled ten Russian officials from Sofia following accusations of spying, a move that resulted in Russia’s expulsion of an equal number of Bulgarians from Moscow.