DARPA Wants to Charge Drone Batteries From the Air 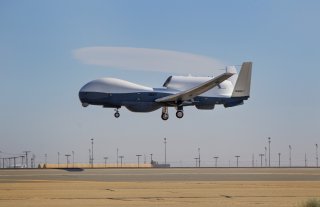 The Defense Advanced Research Projects Agency, better known as DARPA, recently submitted a request for information that shows the agency is interested in wirelessly recharging battery-powered drones in the air.

DARPA released a request for information explaining the details of what the secretive organization would like to see in an electricity-charging prototype. “The Department of Defense has explored the capability of wireless energy transfer across multiple applications. While wireless energy transfer technology has begun adoption in small applications in the commercial space, the capability within the wide range of military applications has only been marginally explored,” DARPA stated.

“Multiple technologies related to wireless energy transfer are being researched and developed to sustain the operations of unmanned aerial systems. These UAS could be designed to receive directed energy to reduce the weight of their organic energy storage. This energy transfer ability may extend range and operations, with a similar impact that air-to-air refueling has had on DoD operations,” the request continued.

Rather than building a new fleet of electrical refuelers from scratch, DARPA wants to repurpose some of the United States’ aerial refueling tankers for beaming electricity to other aircraft. “DARPA is interested in identifying technologies that can enable the use of existing program(s) of record aircraft (specifically the fleet of KC-46 and KC-135) to support operations by furthering the range and capabilities of new and emerging UAS that possess the ability to receive directed laser energy. A fleet of future advanced UAS equipped with an energy transfer capability would benefit from tactically mobile energy production and distribution without the need for physical connections between platforms,” documents from DARPA explain.

“Currently, this energy well concept is thoroughly understood in traditional air-to-air refueling operations, which extend tactical aircraft operational range, payloads, and endurance. By leveraging power beaming, this same tanker could also recharge a network of UAS wirelessly. For example, this could be accomplished by having an underwing power beaming pod with sufficient power generation and cooling to produce nearly continuous laser output on the order of 100 kW,” the documents further state.

Though the vast majority of military drones and other aircraft are powered by conventional internal combustion engines, an all-electric aircraft—particularly the kinds of reconnaissance aircraft that fly high and slow—could benefit from a propulsor. In addition, a steady source of beamed power could allow an aircraft to shrink its onboard battery, freeing up valuable space and payload capacity for weapons or sensors.

Though the initiative won’t charge up fighter pilots anytime soon, it is clear that the United States’ manned and unmanned aircraft are moving toward electrical power, thus highlighting the need for electrical charging tankers.