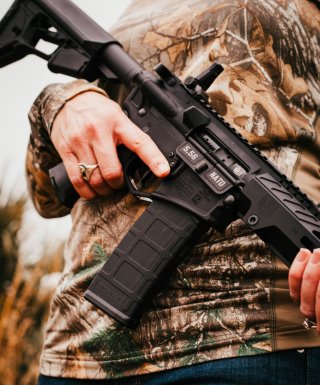 While a slowdown in the economy and other uncertainty resulted in a slowing of sales of consumer goods, there is an exception to that rule: bad times still means strong sales for guns. Factor in the pandemic fears, calls to “defund the police” and the possibility of an anti-gun president in the White House and some are seeing this as a time to buy. In fact, this year has been a truly record-setting year for firearms sales.

That has certainly been the case for the venerable AR-15 platform, which has remained popular with experienced shooters and first-time buyers alike. Moreover, sales have been so strong in the so-called “modern sporting rifle” category that Colt Manufacturing reentered the market after exiting it only last year—it had even cited market saturation.

There is no denying that there are many choices when it comes to automatic rifles, and it is easy to spend a lot but the question is whether that money is well spent. The AR-15 is a platform produced and marketed by firms large and small. While some shooters swear by the Colt, Ruger and Bushmaster brands—claiming you can’t sacrifice on quality, there are plenty of affordable options out there.

This is where companies such as Diamondback Firearms have filled a void.

This family-owned and operated company was only established in 2009, growing out of a business that actually started a shop twenty years earlier. Today the Cocoa, Florida-based company has grown in size, with more than two hundred employees, but it has also become a respected manufacturer of the AR-15 as well as quality sporting rifles and even handguns. It was acquired by Taurus International in 2013 but has continued to operate largely independently while Taurus assumed the sales and marketing efforts—a move that was seen as a win-win for the brand.

The company’s first foray into the world of firearms was with the introduction of a .380 ACP polymer pocket pistol, which was released as the DB380. That was followed by the DB9, but the big leap forward was with its DB15 series in 2012.

At the time the AR-15 modern sporting rifle was already one of the most popular selling firearms in the USA—but the timing was notable. The tragic school shooting in Newtown, Connecticut. renewed calls to ban firearms and that resulted in nearly four years of record sales. Diamondback shouldn't be seen as opportunistic as its BD15 was already on the market by the time of that terrible event, but the fact that it presented a quality product at an attractive price arrived at just the right moment.

The DB15 rifle was notable for utilizing the U.S. military’s proven gas-impingement system, which made for a rugged and reliable rifle. While other firms were outsourcing parts, Diamondback went another direction and opted to produce every component in the United States. This included parts that were machined in its CNC facility and the result is an AR-15 that combines value and versatility.

Today the Diamondback Firearms BD15 isn’t really even a single model, but a platform in its own right—and a popular one at that. The BD15 has been one of the top-selling firearms according to recent data from the National Shooting Sports Foundation (NSSF) for 2020. It is easy to see why.

While the original entry from Diamondback was chambered in 5.56NATO/.223 Remington, the company has expanded it to include a range of calibers including the DB15B300 rifles, which are chambered for the popular 300 Blackout, but like the other versions still employ the time-tested gas-impingement system. Unlike other firms that have ignored certain markets, Diamondback has stepped up and even released the BD15300S-CA, a California compliant model.