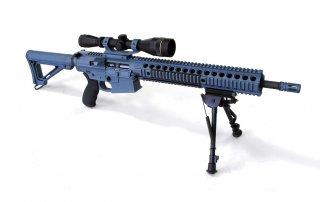 Bad times can result in big sales—at least if the product is a firearm. Unlike many other consumer products that can see sales dive in bad economies or times of uncertainly, firearms remain recession-proof, but sales are often driven by a crisis and that can cause further fears. The combined concerns over the coronavirus pandemic as well as the recent protests—which have included calls to “defund the police”—have increased sales, notably among first-time buyers.

Firearm background checks, which are compiled by the Federal Bureau of Investigation (FBI), jumped to a new record in June with some 3.9 million checks being conducted. However, sales had seen a surge since March, which had seen its own record of 3.7 million background checks, as the coronavirus prompted a national quarantine as “stay at home” measures were implemented.

Halfway through 2020, there have been more than nineteen million checks conducted—more than all of 2012 or any year prior, going all the way back to when the system was created in November 1998. In total, seven of the ten highest weeks including four in June, and five of the top ten highest days have come this year.

NSSF’s figures noted that June 2020 represented a 137.7 percent increase from the year prior.

Background checks are now a key barometer in determining total gun sales, but each background check would be for the sale of more than one firearm. It should also be noted that firearms sales do tend to increase during presidential election years, fueled in no small part by fears among gun owners that the next president could implement executive orders that could restrict one’s Second Amendment rights.

This year’s pandemic had further driven fears, but it is after the recent protests across the country that erupted after the death of George Floyd while in police custody last month turned violent—and then were met with calls to “defund the police” sales spiked.

“Politicians who entertain notions of defunding police departments are the same ones who call for strict gun control and even outright confiscation,” he said. “These figures aren’t push polls. They are representative of Americans from all walks of life who are taking action and taking responsibility for their rights and their safety.”

Interestingly, states that aren’t seen as the “most friendly” for Second Amendment rights counted for two of the top five states seeing the greatest sales. Illinois topped the FBI’s background checks for June, with 706,404; followed by Kentucky at 395,188; Texas at 227,232; Florida at 210,415; and California with 158,349.

The NSSF also estimated that 40 percent of the sales were to first-time buyers. The recent increase in sales not only boosted the bottom line for gunmakers but lifted shares of such publicly traded companies like Smith & Wesson Brands Inc. and Sturm Ruger & Company, following what Fortune.com described as a “four mostly lean years for investors.”

However, not everyone sees these sales as a good thing.

“I’m extremely concerned about those people who, in this time of uncertainty and fear, have been sold on the gun industry narrative that in uncertain times, when you’re feeling out of control, your possession of a firearm will satisfy that fear,” warned David Chipman, senior policy director for the Giffords gun control group.