Did the M16 Rifle Totally Fail During the Vietnam War? 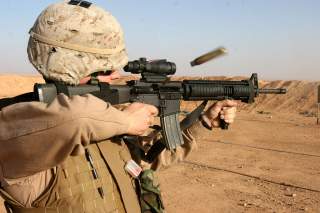