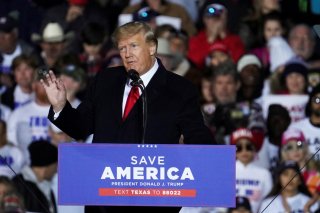 It’s a time of major flux for DirecTV. The satellite company, which about a year ago was spun off by AT&T into an independent company, is rumored to be once again considering a merger with Dish Network. DirecTV, which has been losing subscribers for years, is also looking at potentially losing its NFL Sunday Ticket franchise, which the league is reportedly hoping to move to a streaming provider.

Now, a new report says that DirecTV is once again targeting business customers.

According to FierceVideo, the satellite company has introduced a new advertising model, pitching its service as a “better way to entertain your customers.” This highlights the DirecTV Business Select pack, which the company sells for $54.99 per month, although that price rises to $59.99 in the second year.

It marks the first time in six years that DirecTV has launched television advertising dedicated to business customers, although the company has been frequently running creative in the last year for its consumer-targeted DirecTV Stream service.

DirecTV also has another headache to deal with: boycott threats from the former president of the United States.

President Trump, after hinting at doing so the previous month, called for a boycott of DirecTV at a late January rally in retaliation for the service’s announced removal of the One America News network. Later, a Trump-affiliated mailing list sent a fundraising email, further threatening a boycott.

“AT&T, a majority owner of DirecTV, is banning the very popular One America News Network (OAN) because too many people are watching. I'm calling on all Conservatives to steer clear of DirecTV, and while you're at it, the same goes for "Concast's" [sic] Xfinity as well,” the letter said. The letter added that its goal is to receive one million signatures from those promising not to use DirecTV again, although it’s not clear to whom the petition was directed.

Trump did not appear to mention DirecTV in his recent speech at CPAC over the weekend.

A Path to Keeping the NFL?

A report on Sunday in Sports Business Journal stated that Apple and Amazon are the clear frontrunners to obtain the NFL Sunday Ticket package starting in 2023. But the report did say that DirecTV stands a chance to stay in business with the league.

“DirecTV is negotiating to wind up with a commercial license that will allow the satellite company to sell Sunday Ticket to restaurants and bars,” the report said. It has been rumored that DirecTV could keep the satellite segment of the package.